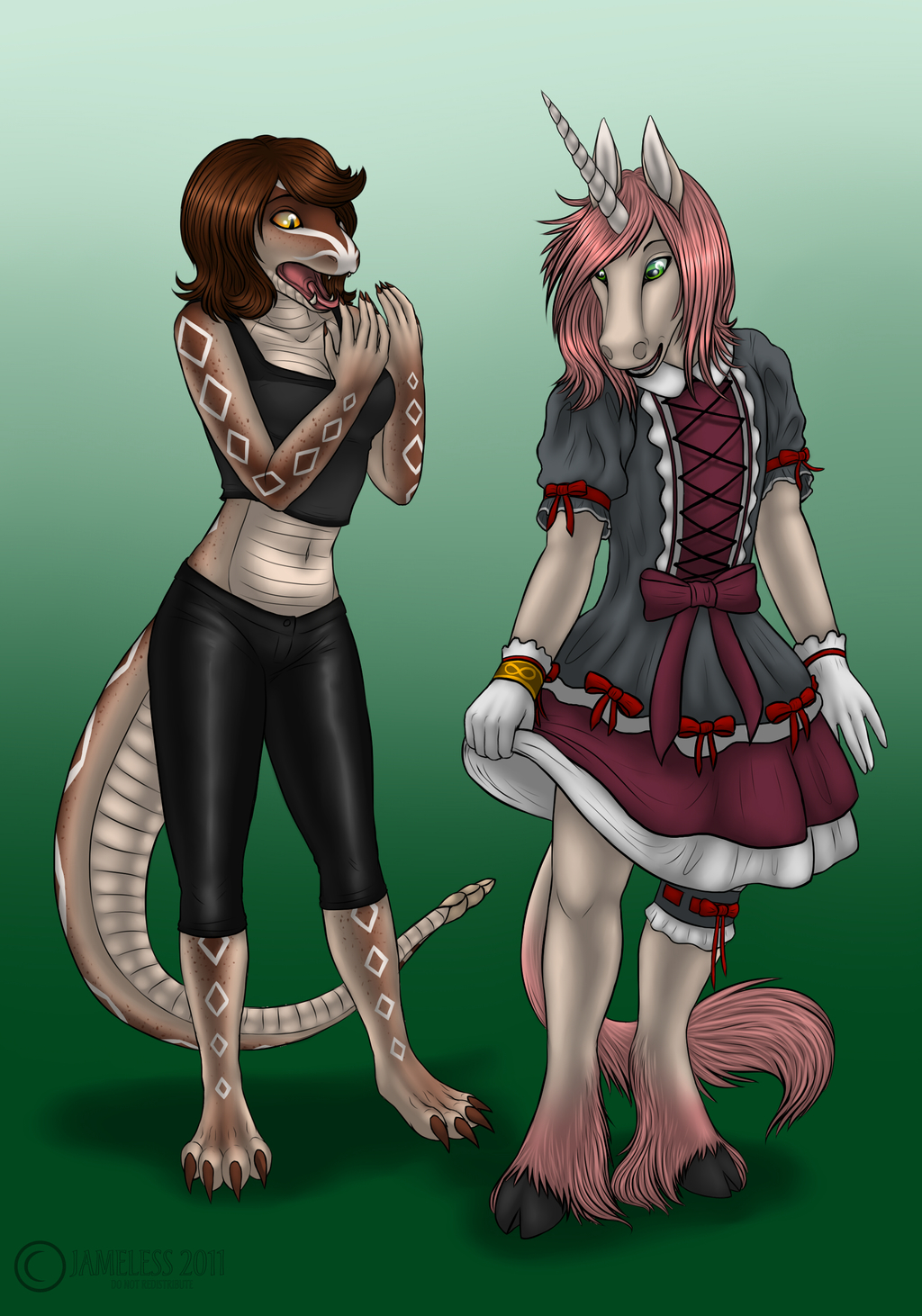 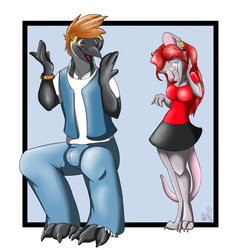 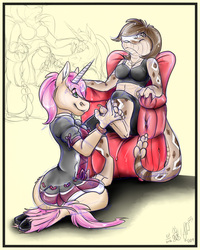 Kate slipped the body swap bracelet onto Yuki's wrist with a uniquely serpentine smile. She rubbed his gloved hand and kissed him on the cheek. "Are you ready?"

"I don't know about this." Yuki appeared a bit nervous, shivering as he looked at the golden object around his wrist. He looked at the infinity symbol as if he wondered what it signified.

The rattlesnake put her arm around him. "Come on, I'll be right here beside you."

"Well, okay." Yuki looked at her with some trepidation.

Kate recited the spell from memory, and suddenly the bracelet glowed. Both felt their bodies warm and their vision blur as their minds were transferred into each other's forms. As soon as the effect had faded, Kate looked down at his body, and the rather odd sensation of wearing a dress on a male form. He felt the familiar stirring of an excited male anatomy, a side effect of the bracelet on any male form.

His hooves felt heavier than his former body's feet, and he took a few test steps. He felt even more feminine than in his own female body, and Kate had to admit he liked it. He whinnied and lifted the bottom of his dress out of the way to get a look at his cloven hooves. "Such a fine body! I should like to keep this form for a while, give it a good run, see what it can do!"

Yuki, however, was not quite as excited. Now female, she looked at the sharp claws at the end of her fingers with shock. The sensation of fabric on her breasts and the tight pants reminded her that she was now a female, and the urge to flick her tongue in and out of her mouth solidified the fact that she was a serpent. Instinctively the tail rattled in surprise, and her mouth fell open, her fangs visible.

"Like my body? You'll get used to it over the next few days," Kate declared.

"You didn't think we were going to switch right back, did you? I intend to give this body a full workout. What kind of host would I be if I didn't show you ALL my body has to offer? Don't worry, you'll get it back. If you're good." Kate pressed their bodies together, and noticed Yuki's eyes widened as she no doubt felt his own body's excitement between them...