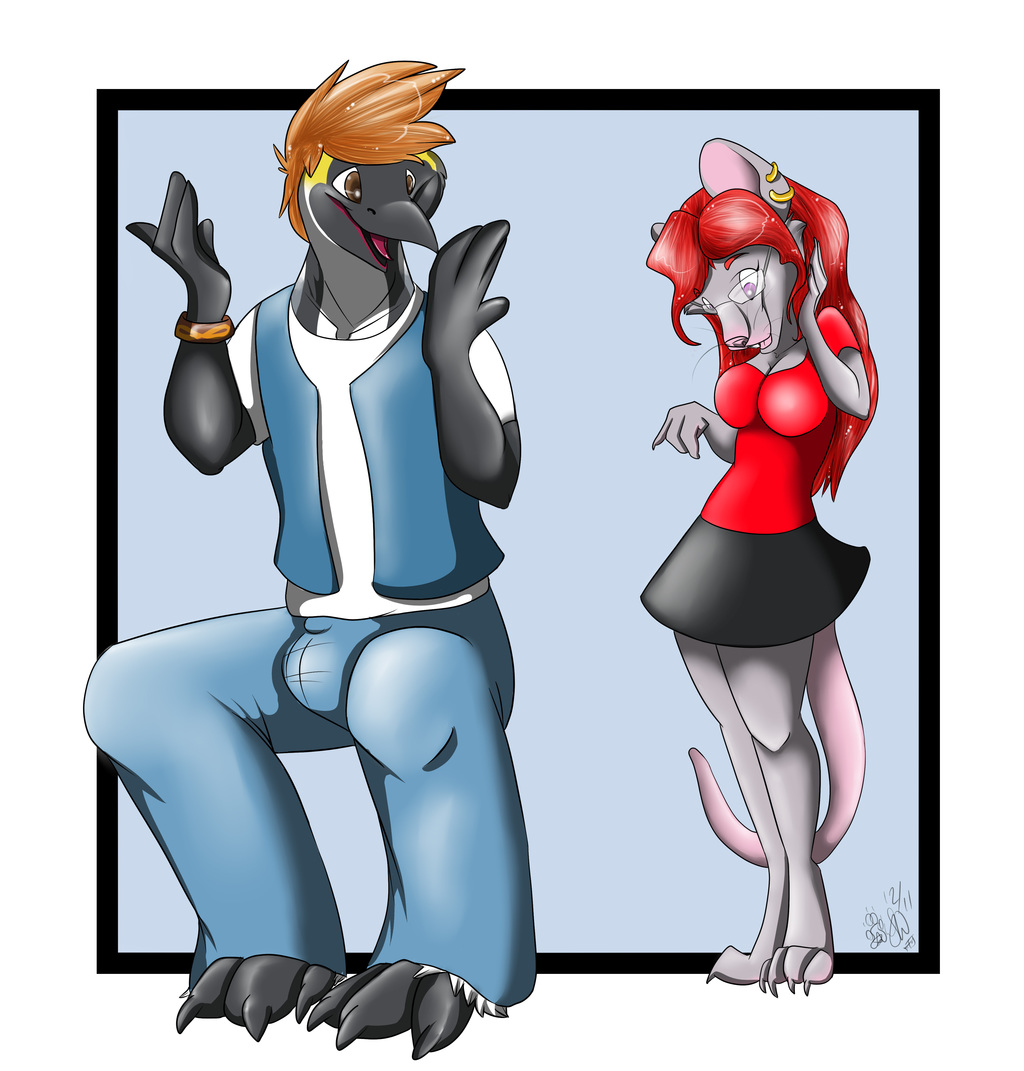 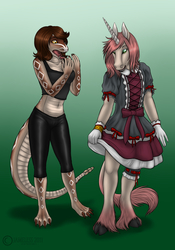 Vikky read the spell on the piece of paper with some doubt in her voice. A bracelet that could transfer two souls into each other's bodies? Surely it was just a myth or a legend. She finished the spell as Brett slid the bracelet around his wrist. Vikky lowered the paper in her hand, somewhat satisfied that nothing had happened. Just as she was about to make some sort of snide remark about how it was just a useless trinket, she felt warm. Her vision blurred and she found it difficult to see.

She rubbed her eyes in an attempt to clear the haze. Slowly her sight returned, and she looked down at the smooth black skin on her hands. Wait.

Vikky looked at his right wrist and noticed the magic bracelet. Though it couldn't be. Brett had been wearing it. His hands had webbing between them, and as he looked down at his feet he saw the same webbed flesh between his toes. He looked down between his legs and saw the telltale bulge of male anatomy.

Vikki felt his face, the prominent beak domininating his vision as he looked down at his chest. Gone were his female features, and his short tail wiggled behind him while he realized it had actually worked! He was in Brett's body now...

He looked over to where she had been standing and saw his own female form looking over her new body much as he had done a moment ago. Brett seemed to stand in a naturally feminine pose, her hand in her hair as she looked at her breasts and no doubt felt the absence of his maleness. Her furless tail waved behind her as each now wore the other's body.

The spell had worked. Vikky felt a curiousity as to what it felt like to wear another's form, and looked forward to finding out...