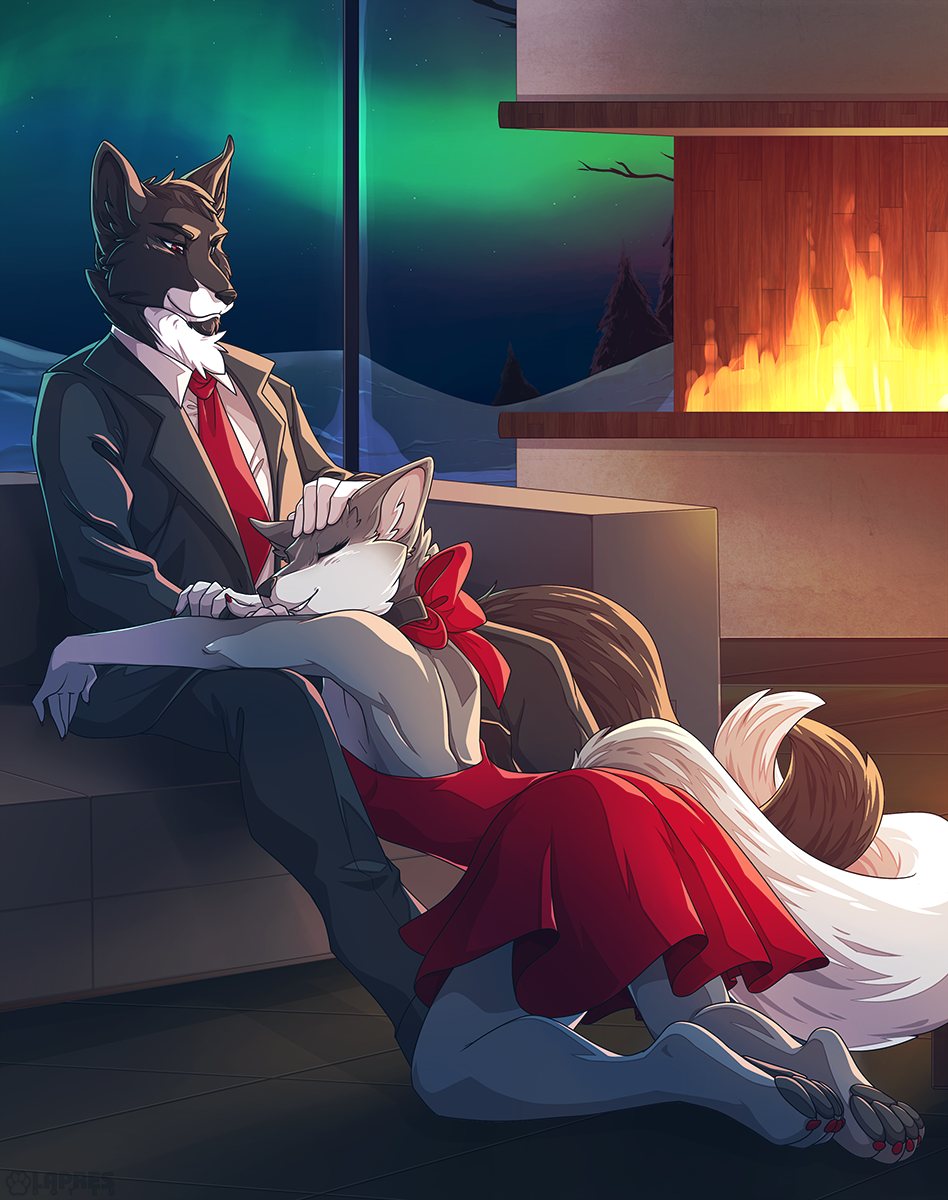 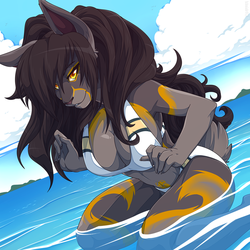 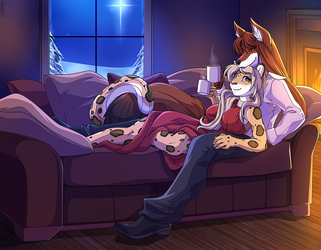 I'm only uploading the cropped version of this one. The main image is large and has a lot more to the background, but I wanted to post the version focusing on the characters. I'm posting because the girl in the image doesn't come onto FA, so it can remain a secret.

Validuz asked me to do another couples image of he and his pet, but in this one enjoying some comforts at home. He requested the Aurora as well as a take on the room in Mass Effect, which is what the full background is.