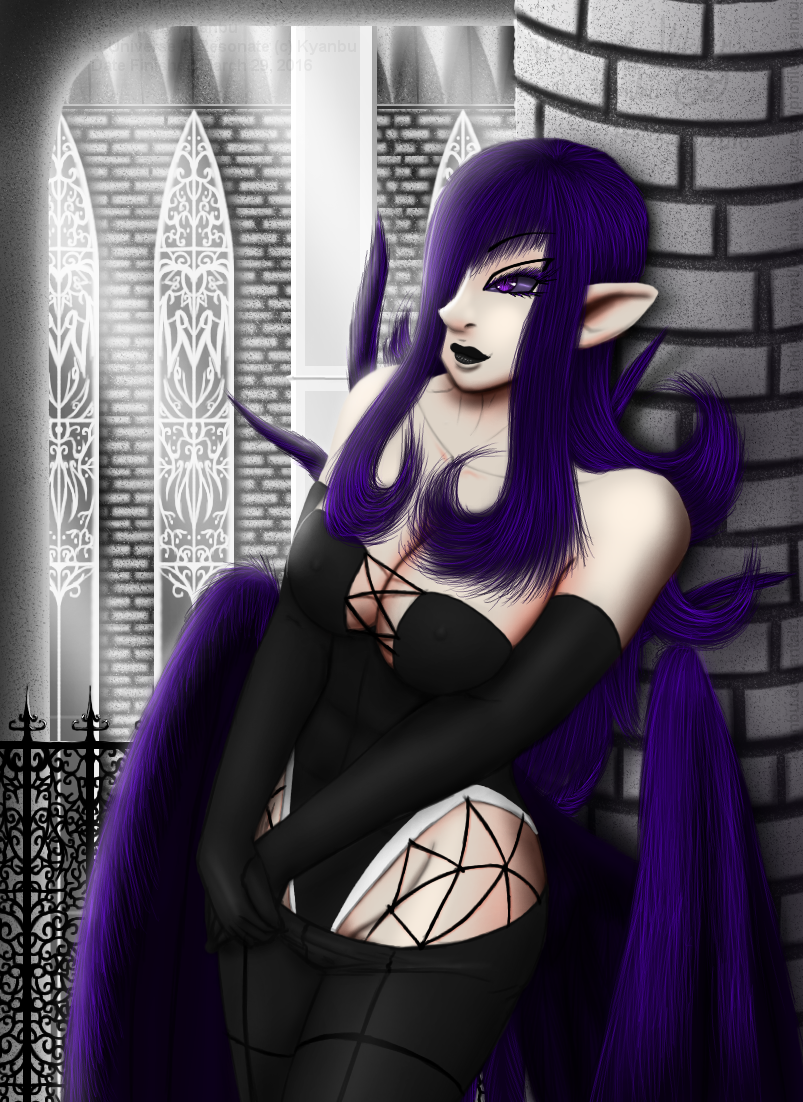 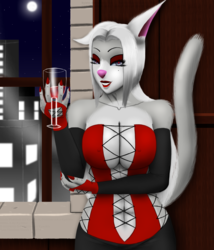 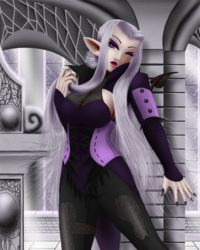 This character is a Demon/Demoness.

It's been awhile since I've drawn "Kage Sakai". And since I already drew a Pin up of one Sage of Darkness "Fate Vanish". I figured I'd draw one of the other Sage of Darkness, Kage. Getting really experimental with body suits though this one is a bit too daring to be used for anything outside of pin ups. But it does give me ideas for her new design later down the road. Which will be much more tamed/covered. While taking some design ideas from this outfit.

A lot of stuff is going to be posted this week as I'm working more and more on drawing faster and more accurately. And I'm finishing up two commissions (though only 1 will get uploaded here). I managed to start and finish this in the span of around 8 hours all together. Which is good, the less mistakes I make and the faster I can draw the better. I should get faster. I really want to get a lot of artwork done at a time, mainly for the game project (I'm the only one working on the entire game project at the moment). And I still have a lot of code work to get done for the Unity build. Might have something special with the old Stencyl build up around April 1st.

And to answer the next question. Pin ups are drawn during short breaks to avoid burning out. I'll also work on back burner game projects as well during said breaks. Mainly concept art and gameplay ideas/mechanics.