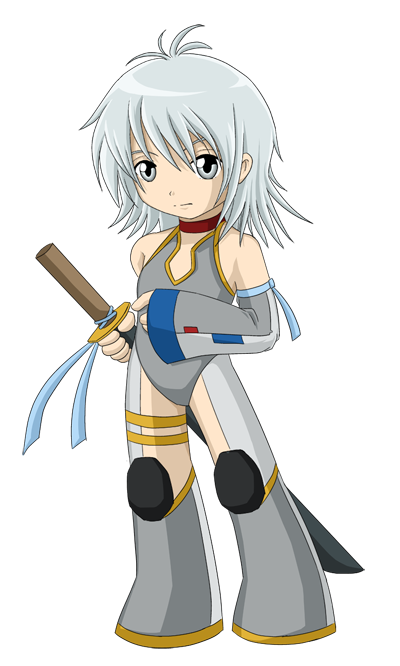 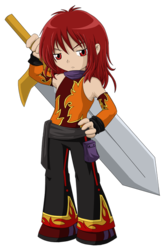 Model Information = Tomo is the first SCaibot that all others are based off of. Though not as advanced and lacking elemental properties he doesn’t need them to be special or powerful, due to his many years of experience in the SCbot battles Tomo is the by far the most skilled when it comes to combat, able to complete his battles quickly and with amazing accuracy on his target.

Tomo over the years has developed a love for collecting things, all kinds of things, rocks, coins, stickers, bookmarks, pokemon, if it’s collectable then he likes it. Speaking of pokemon, Tomo doesn’t understand why ‘normal type’ pokemon can’t be starters. Elemental pokemon are just soooooo over rated. Normal also really likes emoticons =) xD ^_^

Tomo is seen as an outdated and old piece of equipment by the other SCaibot's, who are all much newer models than him. Despite this he doesn't really have a designated rival amongst the group, I guess they just don't see him as a serious threat because he just isn't as advanced as they are. Tomo often finds himself jealous of the new models, they're just so much more flashy than him and get all the attention, this attention something that was at one time directed to him and only him. Tomo is still coming to terms as constantly having to be second player to the others.