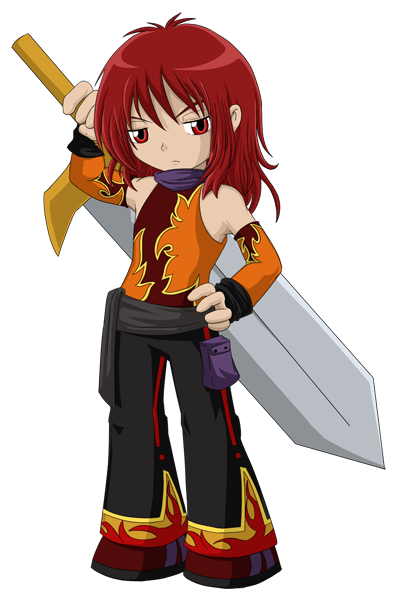 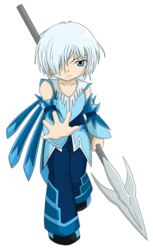 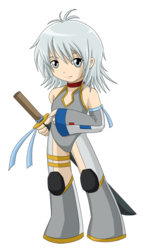 Model Information = Fire is one of the two SCaibot's that likes fighting the most, the second being Ice. Has a tendency to get bored very easily so make sure he always has something to do, or else he might start setting wood on fire to make charcoal. Most call this a mess. He calls it art, he like to weld pieces of metal together and call that art too. Scientists are still trying to pinpoint the abnormality that makes him seem to think that making messes = art.

Fire is somewhat annoyed with how fire is portrayed by certain other firey representatives. Fire characters are often depicted as wild, immature, bratty and ignorant to rules. There is so much more to fire than an out of control blaze, fire is serious, mature, beautiful, destructive, and when treated correctly powerful, and when treated with respect warm to those who are close to it, Fire will keep those dear to him protected and comfortable, while at the same time burn those who don’t respect him or his friends. Fire does have somewhat of a temper though, but as long as you don’t feed it, it won’t get out of hand.

Fire does not get along with Ice, at all. In fact as far as the rivalries between the SCaibots go the rivalry between these two is the worst. It’s highly suspected that Fire and Ice became rivals because they are both artists and loath the other’s art, also if Fire gets hit with one more snowball he swears Ice is going to die. Aside from Ice, Fire for the most part is very intimidating to the other SCaibots, so most try to stay away from him, except Ice, and Water whom unfortunately pushes Fire around and drags him around wherever he goes, There just not much Fire can do to get Water to leave him alone, as Water just isn’t afraid of Fire, and truth be told, Fire can be somewhat afraid of Water… Water always wants to brush Fire’s long hair… that’s just… weird…