KupoWillow / 22 / Trapped in a hazy mind

I feel much more comfortable answering questions then just talking about myself, so have this.

What's your name?
People are known to call me Leo. I also have a pet name that's Kupo, and I am called Ria by my senseis (I have two) and fellow students.

Favourite Bands:
I listen to a lot of bands, but I've recently taken a liking to BabyMetal.
I also listen to Escape the Fate, Creature Feature, Bullet For My Vallentine, The Birthday Massacre and Hollywood Dead more than other bands.

What are you listening to now?
I can't use earphones because of my ears and headphones give me headaches.
But I'm ignoring that and I'm listening to Where Butterflies Never Die by Broken Iris.

Person you last talked to?
My Sethy Boy and my Ame-Kun!

Favourite genre of music?
Italian electronic, German screamo, Latin opera, Japanese orchestra and anything in between. I'm really not too picky.

Favourite genre (media, books, etc.):
Horror, mystery, thriller and anything that can keep me guessing. I don't watch movies too much because I can often predict what's happening and that's boring. It has to have twists and turns!

However sometimes in secret I treat myself with cutesy and happy things when I'm in the mood.

Favourite fantasy animal(s)?
Do witches count? I LOVE witchcraft and magic. I borrowed a book on witches and witchcraft and the librarian gave me a witchcraft encyclopedia for free but warned me not to get too much into it. XD
I'm not really a fan of fantasy animals, however...
I have a soft spot for plant people, such as nymphs.
And Tooth Fairies.
Not the cute little magical girls who takes away your teeth in exchange for money while you dream of sugar plums.
I mean the tooth faeries that will pull the teeth out of your mouth and burn you.

Worst Pet Peeves:
Oh my freaking God
JUMP SCARES!!!
When people touch, or even go any where near my things. I get extremely paranoid with this. I must hide everything and get stressed if I don't have anywhere to put something.
Yelling and jumping. Ugh. My brothers and little sister are terrible at it. And they never stop >_<

Worst Things In Gaming:
Again, JUMP SCARES
When the game is too hard to understand, or you have no clue what to do next
When the riddles are too freaking hard
Game crashes
When I need the internet to play, even though I don't use the online functions
All the good games being on consoles. I don't have a TV to play things on, so the only gaming devices I have is a DSi and my laptop.

My Little Quirks In Gaming:
Customization of everything is COMPULSORY.
Those little twists and turns you don't expect.
Those little details that no body notices <3
Games that morph around the way you play

Favourite of your OCs, ever?
Oh wow. I don't know if I could possibly pick just one
Ria is my favourite to draw
But everyone loves Leo
Kurai and her magic are fascinating
I love the way Lia evolves her personality
Mayria is so freaking adorable!
And there are so many others...
I might roleplay too much.

Favourite anime, ever?
ANOTHER <3 Even though I was able to predict it
Mirai Nikki and Black Butler

Single or taken?
My Ame-Kun has had me for a very long time

Spiderman or Batman?
Who even cares about Spiderman anymore?

DC or Marvel?
How about Yana Toboso?

Favourite song?
I don't think I've ever had a favourite song....
But the most played song in my iTunes library is Bad Apple!! from Touhou I'm pretty sure

List Of Worst Things EVER:
Siblings.
HEAT AND BRIGHT SKIES SCREECHES
My laptop has a bad habit of over heating.
Those freaking endings in anime that make you read the manga to even understand what happened. If I had the time to read the manga I wouldn't of been watching the anime.
WHEN THE STORY IN AN ANIME GOES TOO FAST OR MISSES IMPORTANT PARTS OF THE STORY
Anime art has to appeal to me, otherwise it will bug me so much that I won't be able to watch it. Hellsing and Blue Lagoon may be good animes, but damn it bugs me so much...
School is busy taking over my life

Personality?
What am I supposed to say? Adults often tell me that I'm mature, trustworthy and responsible. They tell me that I'll go far because I'm clever and creative. Others that know me say that I'm an inspiration and incredibly strong, yet stubborn and that I know how to do everything there possibly is.
I'm just a girl that loves to creep people out and try new things even though I'm shy, as they say. In reality I just love talking to people and having them try to figure me out.

Say something quirky about yourself!
I often surprise people because normally I'm not like their first impression of me
I normally express myself via roleplays, stories and drawings
I love to be quizzed. I could actually take quizzes for days on end
I'm ambidextrous, however unlike most I use my left hand
I don't actually like Japan because of anime. Anime's just one of my many interests that stem from Japanese culture. I even speak Japanese better than English. My mother often says that I was born a Japanese person, just in the wrong place.
My mother also insists on me having some demonic encounter numerous times through out my life. However I can't remember the times she describes and I have a weird cross white scar on my leg that none of us remember me getting.
When I was younger I was extremely paranoid. I even got really irritated when someone opened a door or even touched the handle of a door that I used last. I kept getting these feelings of deja vu and I'm not sure if that was because I was paranoid or if it just made it worse. 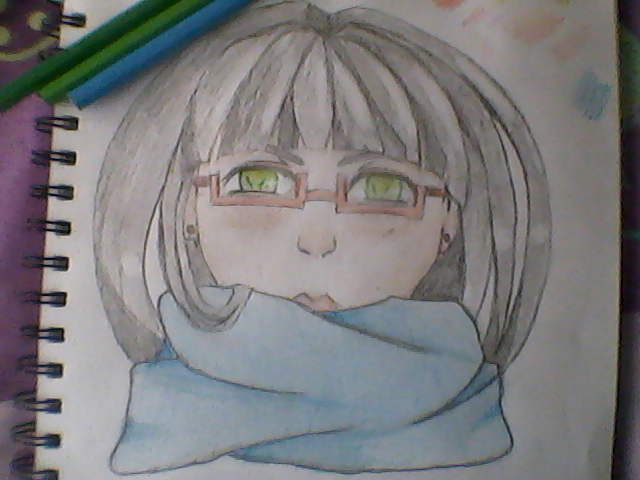