Strewn in the Wind by Krown 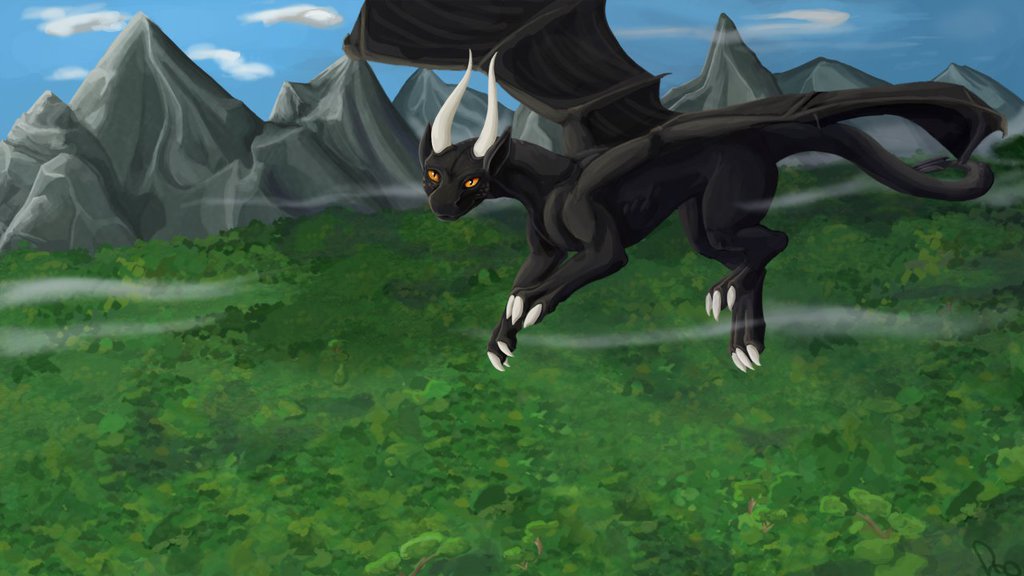 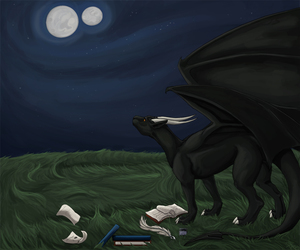 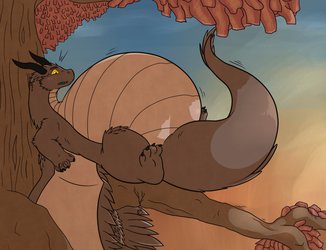 Strewn in the Wind

He came to the end of the ledge, a vast forest stretching in front of him. So high up on a peak was he that he could just see the blue haze of the ocean from here. Spreading them wide and rolling them in their sockets, alternating motions with either one, he soon gave a test flap; he hovered momentarily off the ground. When his feet touched back to the ground he gripped the stone tightly.

As he looked at the land beyond, far and vast as it was, he had trouble mentally preparing to launch himself off and into the air. He took a steadying breath and found his stomach in knots, chest cold with fear.
He stood there, maybe a minute, fright and anxiety forming a nauseating cocktail in his belly, before at last he thrust himself over the edge and into a steep dive. It was frightening of course as he plummeted to the ground, but at the end of his fall he deployed his wings and caught air beneath them.

Now able to control the path which he flew, he grew elated and drastically improved in mood. Rackle flicked his wings and performed a violently fast barrel roll, one which Rackle found difficulty pulling out of, but upon doing so, nearly vaulted himself into another.

Correcting himself he flew straight for some time, then performed a long sweeping turn, taking the awing sights and feeling of freedom into storage. For the moment, he was free of any burden.

Oh my gosh,   terror-run blew me away with this. Rackle looks awesome as ever thanks to her.