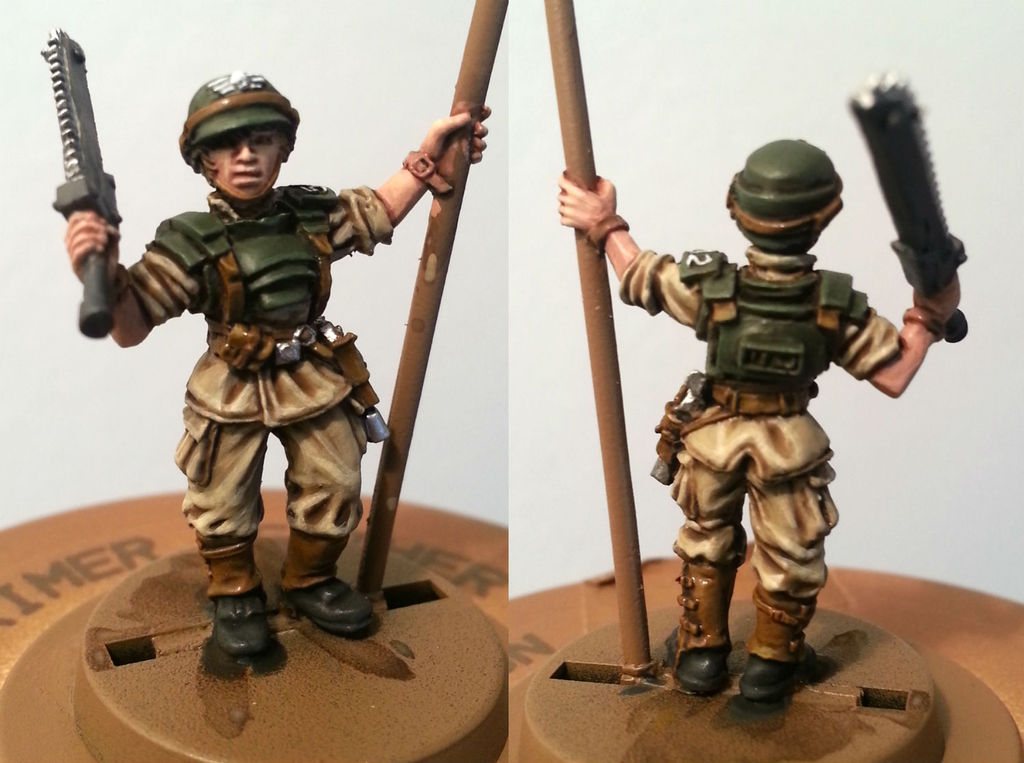 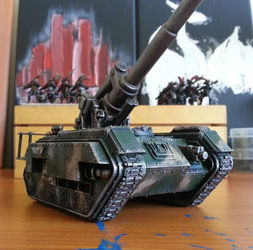 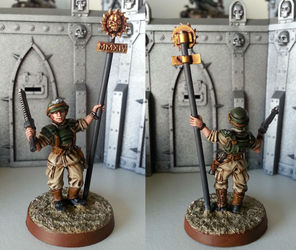 A while ago, in a discussion with some friends when we'd clearly had more to drink than was reasonable, the suggestion of a 'concert party' for the Imperial Guard similar to that seen in It Ain't Half Hot, Mum would be a neat idea. A crazy way to get a squad of unique veterans into an army who'd add a little visual flavour to the usually homogenous Imperial Guard and be a bit of a laugh - after all, in the grim darkness of the 41st Millenium, even the pianists carry laspistols.

Enter Holly Terra and the Cadiennes, the Munitorum morale group who travel to the toughest spots on the front, the thick of the densest fighting, and put on a show to lift spirits and put the brave troopers of the Astra Militarum back on track. They then load lasguns, heft flamers, fix bayonets and kick ass.

This is the Adepticon 2014 limited edition standard bearer made by Victoria Miniatures, whose female Guard-alikes are absolutely phenomenal. Women that look like soldiers first and foremost, rather than the tits-out gunbunnies you usually see from other manufacturers. This is the first and will definitely not be the last of the kits ordered from Victoria Miniatures, as they are absolutely fantastic! There's a handful of minor details to finish on her, like the wrist straps, a few equipment details and her hair and eyes, but I couldn't resist showing off where I am with her so far.