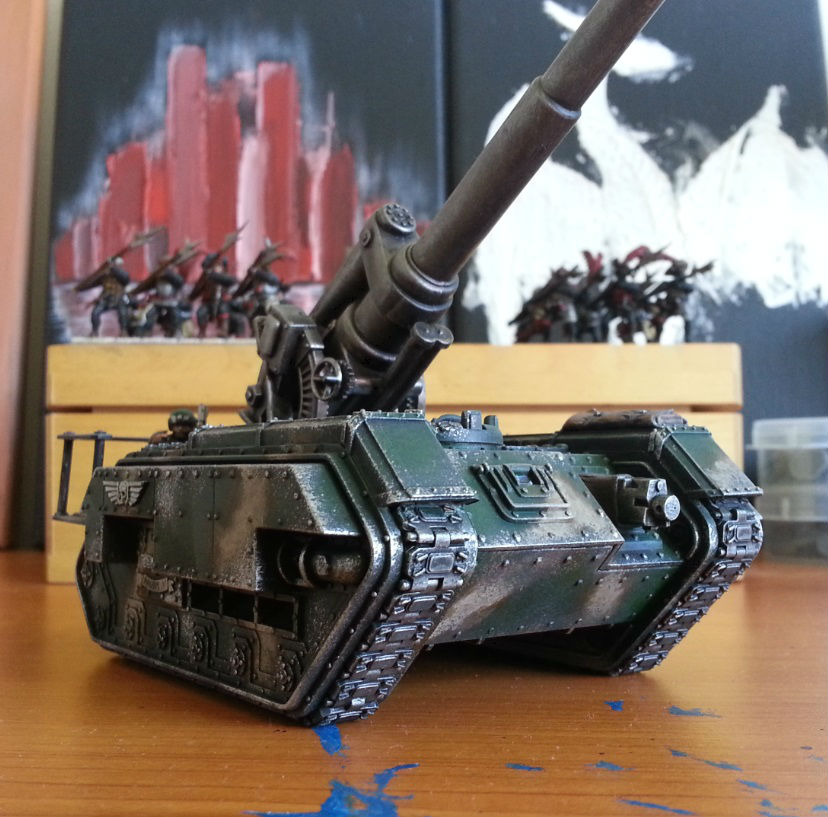 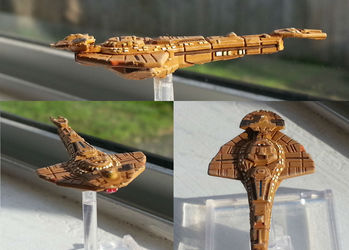 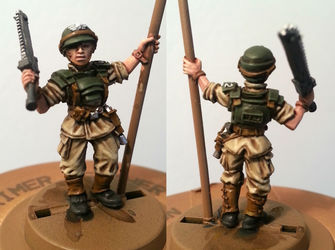 Eight years old. That truly stunned me when I pulled this miniature out of a case it'd long languished in for the arrival of Warhammer 40,000 7th Edition. Suddenly, the ability to lower your gun and fire a Basilisk directly meant this gnarled old beast was going to have some use on the table, and being that much tougher to kill in the new rules meant that I'd be able to rock around the battlefield with it in the role of direct fire anti-tank gun - she was always meant to be my StuG equivalent.

Still, eight years is a long time in painting terms. My camo patterns have tightened up and gotten both much more crisp and solid in colour, and in general this poor old monster was looking old and busted. Time for the new hotness. Armed with a few bits of sponge and some drybrushing compounds, I decided not just to touch up the tank's basics, but to really go to town on the weathering and make it look like it'd seen eight years in the field. I wish I'd taken a picture of the thing before I'd started, since it's really in the metallics that the difference in quality shows; that gun looked horrendous! She's still not what I'd really look at as being 'display standard,' whatever you want to call that, but I figured I'd post it since it's a case of taking something worn, battered and almost forgotten and sprucing it up with a few simple dabs of paint.

EDIT: Seen lurking in the background? Some Empire halberdiers I was commissioned to paint. Nuln is so easy, it's halfway tempting to start my own Fantasy army for 9th Edition when that rocks around. We'll see!