Vash is a Creeper by KrissieFox 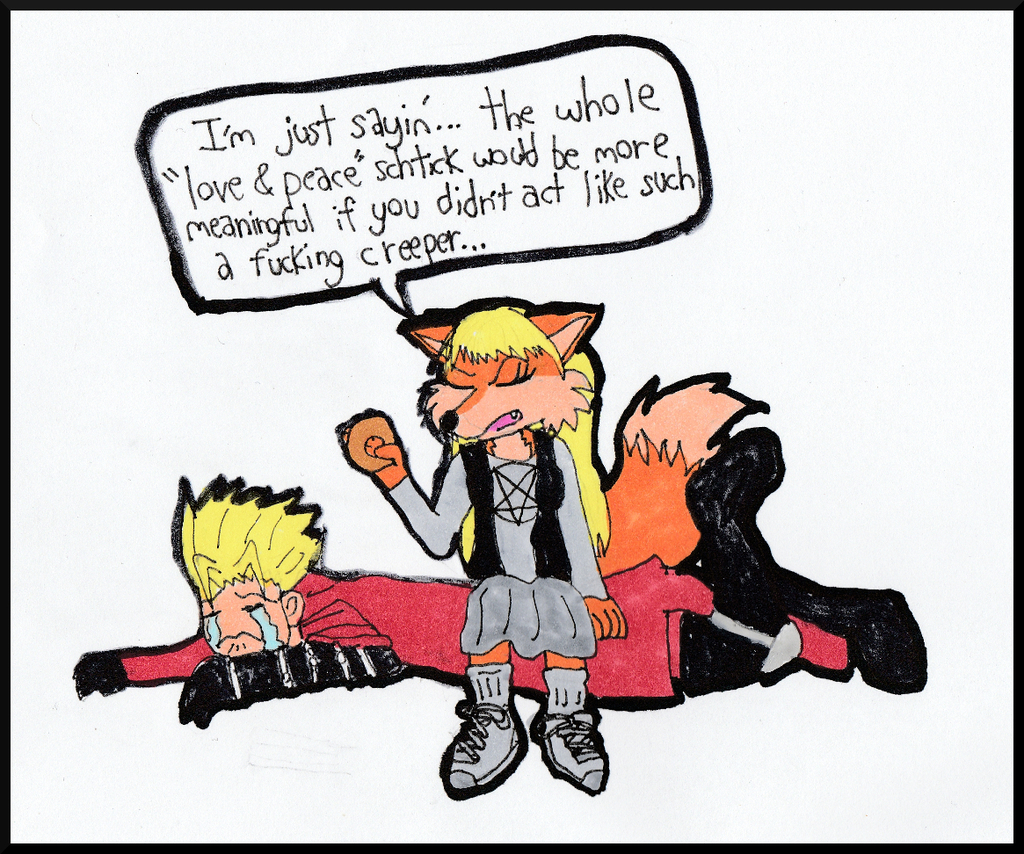 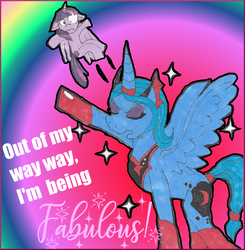 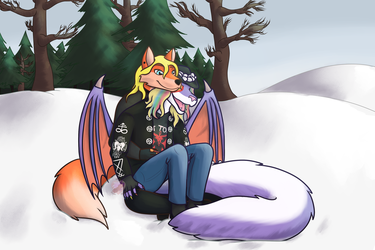 Vash is a Creeper

A while back, I had decided to revisit an anime I had seen some of on adult swim back in my teenage years. At first I was really enjoying it - I liked the action, the music, the sillyness of the main character, the two female supporting characters, Mina and the grumpier one..forgot her name...

But it didn't take long to start noticing a disturbing pattern. The main character Vash would engage in surprising heroics, saving people from thugs and bullies and rapists time and time again. But then Vash would go on to emulate some of the same behavior he was supposedly fighting against. In one episode, he tries to rappel down from a rooftop to spy on a girl while she is undressing. He later attempts to squirm across the floor and look up the skirt of the same girl. I remembered this scene vaguely form my teenage years, but being much more mature than I was a teen, it bothered me more this time and left a bad taste in my mouth. Thankfully, Vash did not engage in any of these specific behaviors for a good while, so I kept watching, trying to regain faith in the character, hoping that the writers were having him grow as a person.

I put way too much faith in the writers of this show.

He later encounters a band of assorted villains, one of them a rather busty woman in tight clothing. During their first fight, he jokes about how he could have groped her when her guard was down. This character clearly hadn't grown at all, and that was when I gave up watching.

Sometime during my viewing of the show, a stranger who had added me on steam had messaged and asked what I was up to. Since I had been about to cue up another episode of the show, I started talking about what I liked and disliked about it so far. As I mentioned the word "creeper" he became confused, and I started to explain what that meant. He tried to argue with me that it was okay for men to treat women that way because "women get away with doing it to men". I pointed out that I don't treat men that way, and he repeated that other women do, and then follows up with the claim that "it was just an anime". I pointed out that everything has context and can have real-world application, and as soon I used the word "misogyny", he asked if I was a feminist, I confirmed that I was, and he proceeded to have a mental breakdown, sending me a good 50 or so short messages about how I deserved to be raped and tortured and killed for being a feminist that criticized a tv show.

Thus....I was inspired to make this. There's not enough people holding this kind of shit accountable, or these kinds of people accountable. It doesn't matter how much of a "swashbuckling hero" you are, if you try to spy on people changing, look up their skirts, or joke about sexually assaulting them, you*are*a*creep. and you should be held accountable for your behavior.

I have to head to work soon. Please enjoy and have a lovely day, and I encourage you to stand up to all the creeps and bullies who treat you like an object, no matter what your gender is. If you're about to embarrass yourself in front of the entire internet-savvy world by trying to argue with me about this, then maybe shut up and go look at something you like instead, but ultimately that's your choice. winks