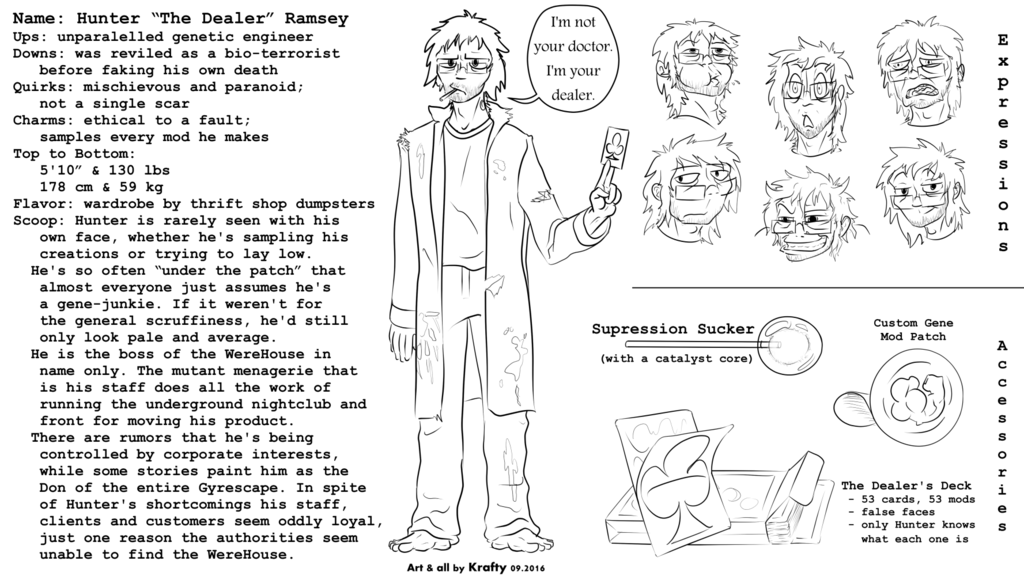 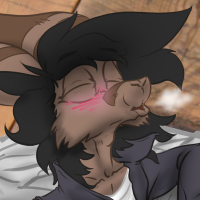 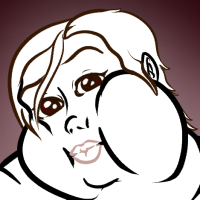 Here is the first of the art to come out of my Patreon, a character sheet for one of the main characters in the WereHouse story-line. Have a look, and let me know what you think! I CRAVE critique!

He is Hunter "The Dealer" Ramsey, a brilliant geneticist who works out of his underground nightclub, The WereHouse. Hunter is Presumed dead by the world at large after he nearly accidentally destroyed the headquarters of his former employer, Gene R.I.C. Labs, with a force-of-nature-grade genetic mod. While you see him here in his human form, he's rarely in his own skin out in public. He is almost always sampling his wares, either for his own pleasure or because he refuses to let anyone use his products until he has made sure they're safe. He has died several times already as a result of being ethical to a fault.