An Unwelcome Guest by Klezmer Gryphon 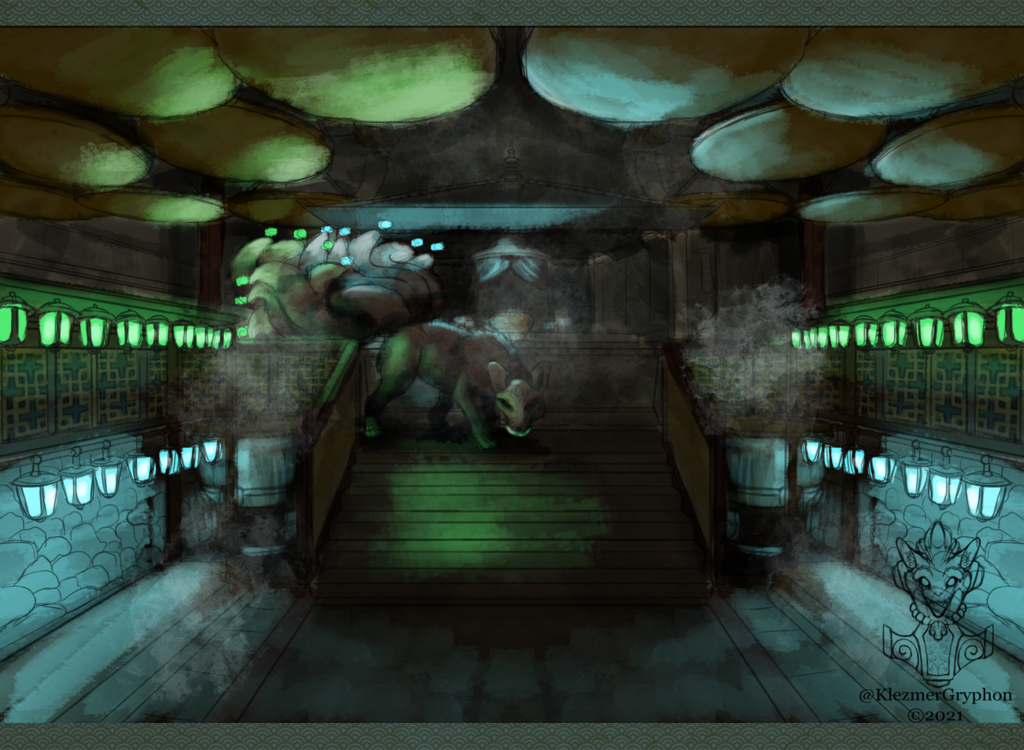 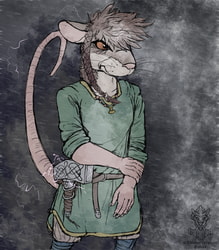 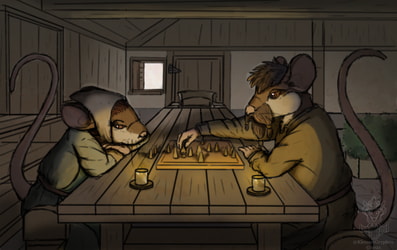 A shiver runs down the adventurer’s spine as his hands fumble for a match with to light one of the several dozen or so lanterns hanging from the rack… or what felt like one. The old temple is dark, dusty and cold. A lit lamp would alleviate two of those, though his lungs would wish relief for the other as well. The man’s fingers finally take grasp of the wooden twig that would bring him what light and warmth he could afford in this forsaken place, the scratch and crackling hiss of the lighting match as it is struck against the floor bringing a hint of that which he sought. Such a good, however, as light and warmth would be denied as the slender flame of the matchstick is snuffed by a strong draft through the chamber.

"Of all the times for the gods to have a sick sense of humor…" The beleaguered adventurer begins again his frantic search for a match, tossing the burnt twig in his fingers to the floor. Finding a new match to light, he again struck it against the stone brickwork, only for it to again be extinguished as he brought it to the spout of the lantern. However, his desire for light would not go unfulfilled.

The lamp in front of his face sputters to life with an unearthly glow; a green-ish blue flame emerges from the spout of the lantern and of those adjacent, each slowly taking on the same turquoise luminescence. Some shift towards green, others blue, all mixing to cast a strange, dim light upon the bronze ornaments and stonework. Another shiver runs down the man’s back; though he has light, it brings no warmth to his being… in fact, it is as though the bitter cold that inhabits this forlorn ruin chills his very soul.

The adventurer’s gaze is drawn towards the faintly lit shrine at the back of the room as a violent, biting wind rattles the glowing lanterns on their racks and chains as it rushes through and blows the latches of the lamps open. A gout of fire from each escapes from their metal and glass housings, floating and fluttering about at random until they coalesce into a dozen distinct wisps of ethereal fire that follow peculiar paths, almost as if they were attached to something.

That something reveals itself as a clawed paw steps out from the darkness behind the shrine, greeting the man with a masked vulpine visage whose empty, soulless eyes stared ceaselessly into him; through him, even.

“My, my… It has been quite some time since I’ve last had a guest here…”

The inhuman voice shreds through his mind, just as his screams soon shred the silence of these old ruins until silence once again fills the ancient stone halls.

I have for a while wanted to depict Min-Su in a manner that really captures the creepy, eerie side of their character, and I don't think I could be happier with the result of this, even if it is admittedly rough for my tastes. My prose is rusty as all fuck, so please don't judge that too harshly. I couldn't not at least attempt something to suit the piece. As always, comments and feedback are welcome and encouraged! xD