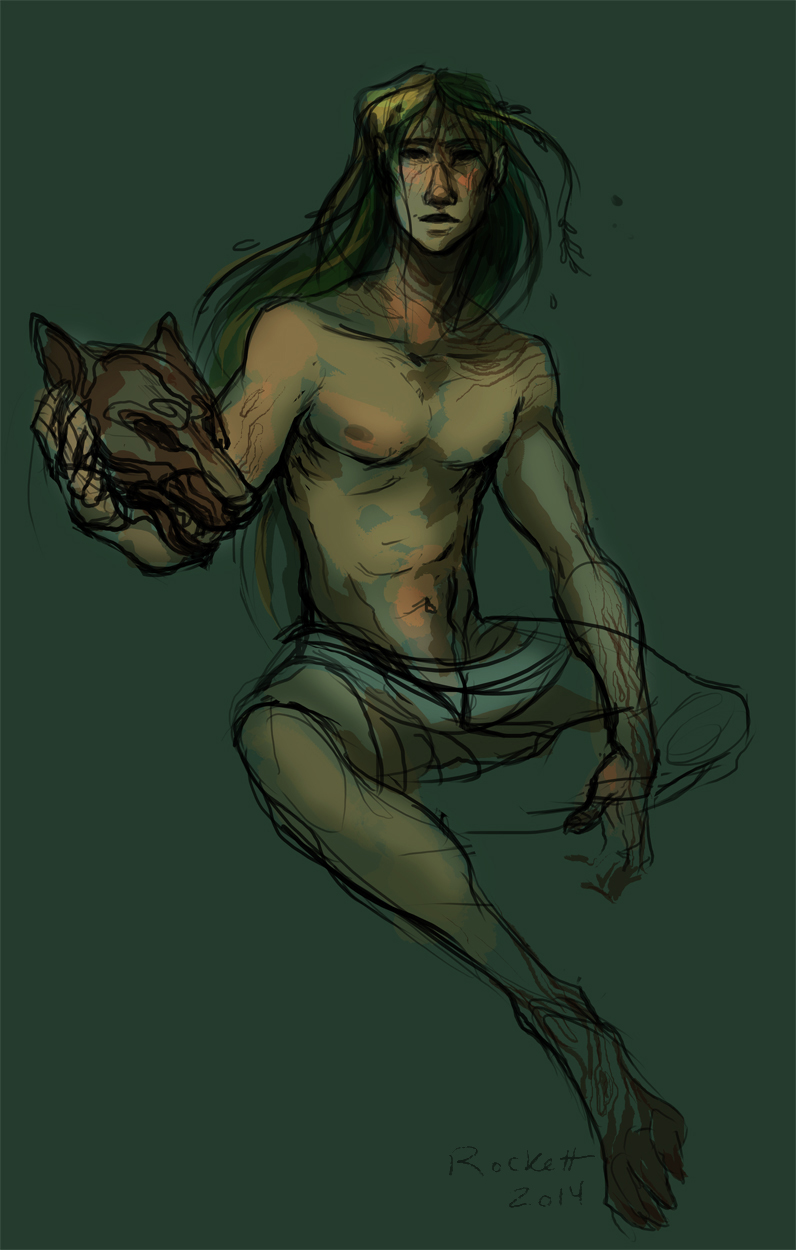 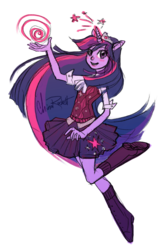 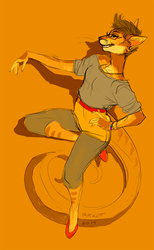 Character of mine I've been working at for a while; a very close redesign of a character I've had for over a decade.

S/he is a half-dryad. Apparently male-bodied, but female in genital anatomy (these dryads can only be female). Along with the gender duality, being only half-dryad renders them unable to manipulate living plants of their type, as they have no type. Deadwood and wood cut off from its source end up being what s/he is able to connect with and manipulate instead.

Finally got the likeness closer than ever though, so I'm gonna put it down before I start souring on the piece!