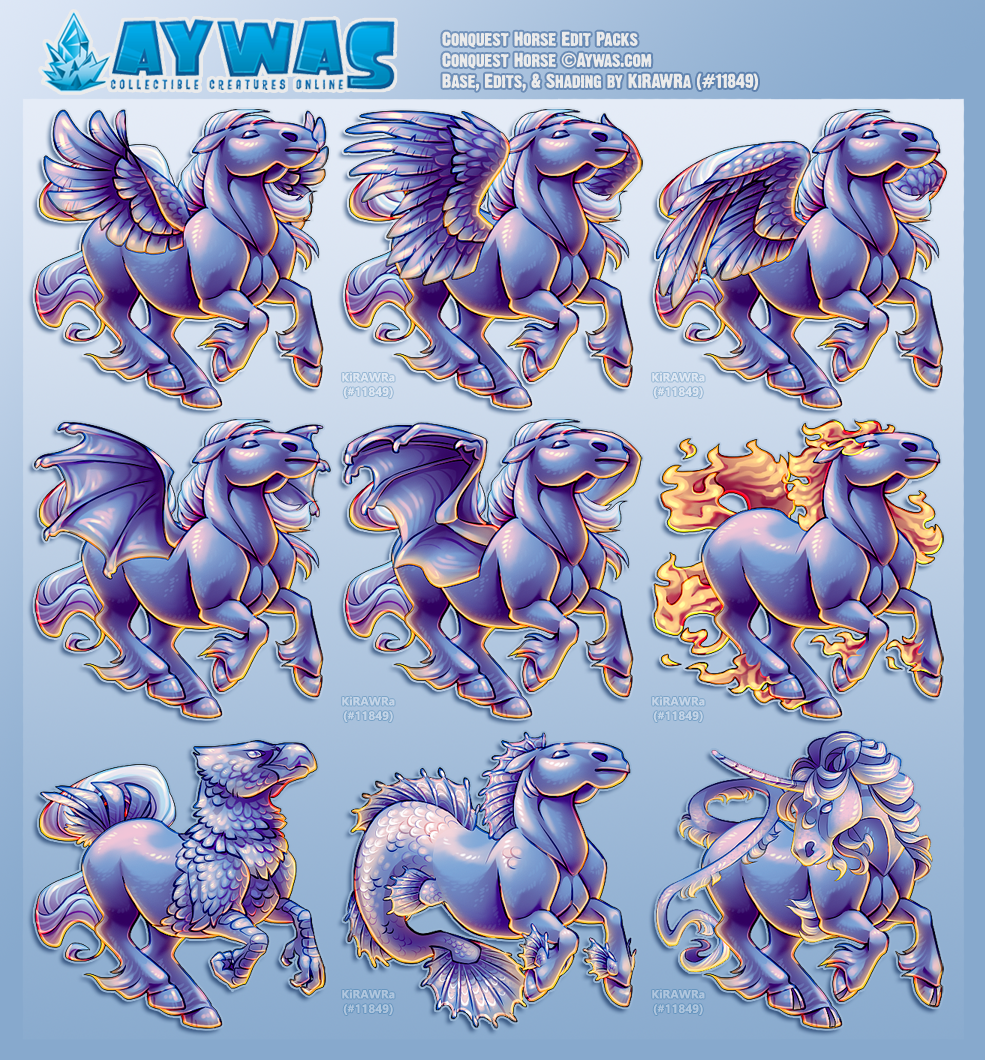 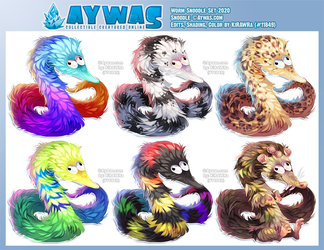 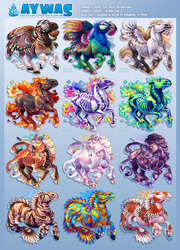 Back in 2016, the original [Conquest Horse] base was released on Aywas as a Halloween event reward. I announced that I would be creating some edit packs for it, and people proceeded to wait patiently for the next FOUR YEARS until I finally got around to finishing and releasing said packs.
I intended to also include butterfly wings and a Kirin variant of the unicorn, but I didn't want to delay the release of these packs any more than I already had, and so settled with these 9. To make up for it I also colored a set of 12 premades, including a couple with Kirin-like patterns.

I'm glad to finally release these and I'm proud of the work that went into them, but they're made with a drawing & shading style that I now consider to be "outdated". Having to replicate this old style was part of what made these take so long, so I probably won't release any more edits or colorations for this base.
Edit Packs available for purchase [here]!