Thanks to everyone who has supported the Pet Project! by kino jaggernov 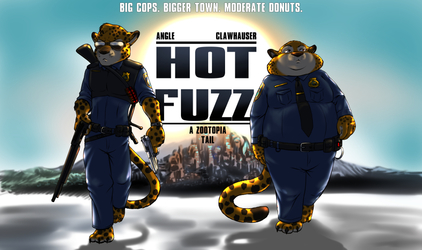 Thanks to everyone who has supported the Pet Project!

I promised a better thank you picture, and here it is! I would have liked to have gotten this done sooner, but my health has been shit.. but hey, I'm pleased as peach that I got this done when I did.... even though it's not .... really... Halloween themed.... oh well.
KJ is putting the squeeze on WhiteKnight, who is 30% responsible for Pet Project's funding, but -my- thanks go out to EVERYONE who contributed!
Pet Project is fully funded and will be continued to be produced, but because of financial troubles continuing, I'm going to be opening up commissions in a VERY limited capacity after a few more pages are complete, as well as 2 YCH mini-comics, which will be basically a page of sexxing featuring Kina or your busty girl of choice with a dude of your choice, and the other being a threesome with a male, female, and herm involved. I'll post those roughs soon to see if it garners any interest.
Pet Project page 17 is almost inked! After that page is done, THANKFULLY that will mark the end of crowd scenes, and the rest of the comic should come out much more easily.