Eric smiled as he looked the gunmetal gray car over, now there was a color he never thought he'd see out of the army. He didn't recognize the model and he made just to look away before he saw any other details.

"Is anyone coming?" he asked.

"No, not until I find a place where this thing gets reception." He tapped the pocket where he'd put the device.

Eric had worked out they were some sort of wireless communications devices, most of the time the people with them had them to their ears, talking, but the lion had only been looking at it. He fought the temptation to look at the device and see how it worked.

Not yet. Just until I reach the city, he told himself. Peace and quiet until then. But he knew it wouldn't happen. He wouldn't walk away, leaving this man stranded, but he could keep it to something simple, like a car.

"Do you want me to take a look? Maybe I can't get it working and you won't have to worry about getting reception."

The lion smiled. "Go ahead, I certainly don't have anything to lose." He extended his hand. "Walter Reignheart."

"Eric Clarkson." He shook the hand. He stepped in front of the engine and looked at it as he dropped his pack.

"You know a lot about cars?" Walter asked.

Eric smiled. "I've fixed up a few." The engine looked nothing like that what he'd worked on, even in the army. Things might have changed even more than he'd thought. No, he'd known that, the radio like device in Walter's pocket made that clear. But he'd hoped that had been an exception, some Builder device that had been reproduced and sold to the public.

If this engine was any indication the changes were broader than he'd thought.

Walter sat behind the wheel, and the engine turned over. It did that a few time then stopped, never catching. Eric didn't see anything, but he felt it, the prickling at the edge of his mind. All he had to do was stop pushing it away.

"That's all it does." Walter said, stepping out of the car. "I don't know what could be wrong, it went in for an oil change two weeks ago."

Eric nodded, not really listening. He knew that if he did that, stopping might be difficult, but he could help. If the price was his peace, the quiet in his mind, then so be it.

"Try it again, Please." He let out a breath and as the engine turned, it happened.

Lines appeared superimposed on the engine, outlining the parts, connecting them, symbols appeared over some lines. He'd never seen them before, but he understood them, just like he now understood this engine by looking at the schematic floating above and through it.

No wonders it had looked so different, over half the components were controlled by boards smaller than anything he'd seen. Electricity ran through them in ways he didn't understand, but the schematic expanded, showed him the relays, the circuit, told him this was a decision-making device of a complexity that baffled even him, and he'd made things that broke the laws of physics. 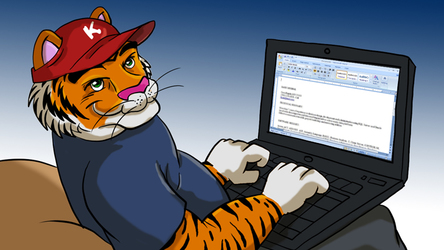 Going Home is a series that Explores the city of Tiranis through the eyes of Eric Clarkson, a returning veteran, who finds that he city has changed more than he expected in his absences.

Each section of the series will focus on a different part of the city while Eric gets pulled into problems typical to that area, or something not so typical.

You can read the full story, as well as other stories set in the world of Tiranis by joining my Patreon at the 1$ level:https://www.patreon.com/posts/going-home-15788183