Most recent: [Payment] Cobalt in The City 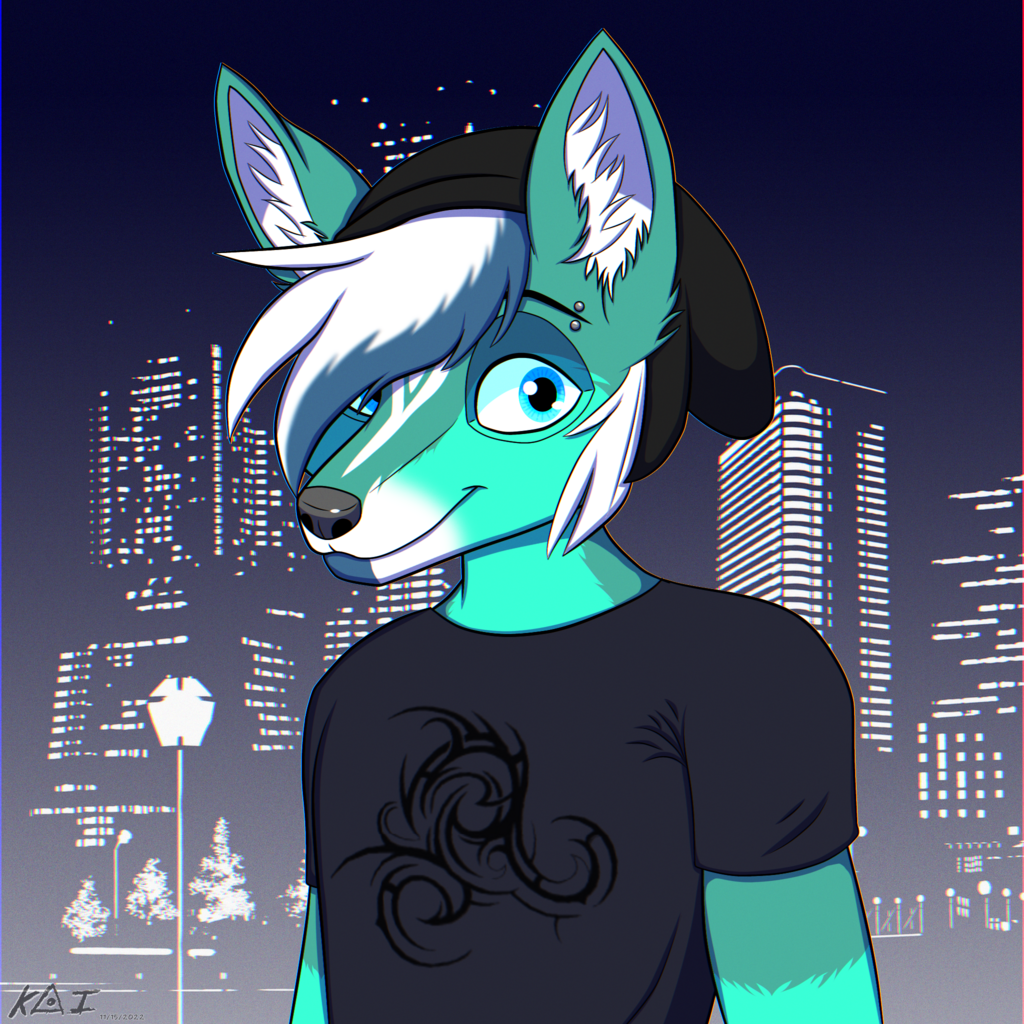 Hello everyone! Sorry this a little late, just been super busy with life lately. I'm going to try to cover as much as I can in this journal because it may be my last journal for a very long time.

IRL:
I'll be honest, it's the equivalent of a scary roller-coaster while having the flu in the first initial stages. I seriously don't want to go into detail on what's been happening due to privacy concerns and not wanting other's to worry. I'd rather not dump that on yall. I haven't been able to really do much in terms of art besides coloring in bases and making new characters for myself. I really don't have a lot of privacy to draw like I used to. I'm not in the right environment. I do have some nice and quiet places to go like the library or the park I guess? Idk about drawing in public spaces. Also, I've been getting InTouch with a relative and talking with them quite frequently. Honesty, they've been going through it too, but surprisingly, we have been getting along very well! Hopefully, this one opportunity I got might help me get my stuff together! I just need to keep my focus up. In the meantime, I'll just focus on staying strong.

Art:
There's nothing going on at the moment besides an OTA(Yes, I'm doing one more)and a gift for a mutual on my end. I do have some art commissioned on DA. I'll probably post them sometime next year when I find time. Once I finish up any owed art, I'll be taking a break from posting for a while and focus on practicing my art. I'll still be active fav and comment wise, but only on Weaseyl, Twitter, Inkblot & ToyHou.se. Once I feel redy to post again, I'll Do a daily scheduled post of some of the art I deem good enough to post. I don't want to do an art dump and flood yall's notifications lol.

The Final Verdict on DA & Finding New Sites:
I'll be discontinuing Deviant Art by March 1st, 2023. Besides the issues with eclipse, NFTs and A.I. Art, I really just don't feel right with the site anymore. Besides faves, I don't get a lot of interactions unless I reach out to others. I've also notice I've had my art stolen off DA many years ago and haven't found out until recently. So yeah, I can't deal with DA like that no more. So I'm looking for places to upload, but at this point, I'm pretty fed up with making new accounts for new sites. I've only made a Inkblot and a Refsheet.net. At this point, I'm considering making either TH or Weaseyl my home site. I'll be honest, I'm just more about posting art to share interest and my ideas more than trying to make a name for myself and start taking on freelance work(at least for now), so posting via multiple sites is starting to become more of a hassle. I’ll be updating my bios to all my sites as well as making a DNI list so my boundaries are clear.

The Final Verdict on “Should I go public with my art?”:
So I’ve read the comments on this journal and from what the majority of you said, it’s basically up to me to decide on that choice. A few of you said to go for it. As for the character situation, some of you suggested that I make characters specifically for commercial use if I felt uncomfortable with using my personal OCs. There was a genuinely good suggestion by keirajo on Weaseyl about opening up a Gumroad store, which I think sounds pretty good!

So here’s my final verdict: I’ll start small, let a few close people see my stuff. Then, if they need something like a design or album cover, I’ll offer them my services. Then I’ll go from there. I’ll probably make a FB artist page and a few more will be aware, so on and so on. Around the same time, I’ve would’ve broadened my art subjects and gotten some practice time to iron out my flaws. But my main thing is this large project of mine I’m currently working on. I want to start making comics and I have plans for making a series based around some of my characters. Maybe even start animating? But I’m a little skeptical due to my current writing skills and the fact that it takes a long time for me to draw. But I hope that I can pull this off somewhat.


So that’s pretty much everything I have for this journal. I won’t be making journals for a long time as my internet is becoming more restricted and I want to focus more on just practicing my art and working on my projects. I’ll be more active in terms of faving and commenting, but even then that’s going to be rare. Toyhouse is probably where I’m going to be the most active at as most of my characters still need bios and lore and I’m still tweaking my profile.

Anyways, I hope everyone had a great holiday and a happy new year!