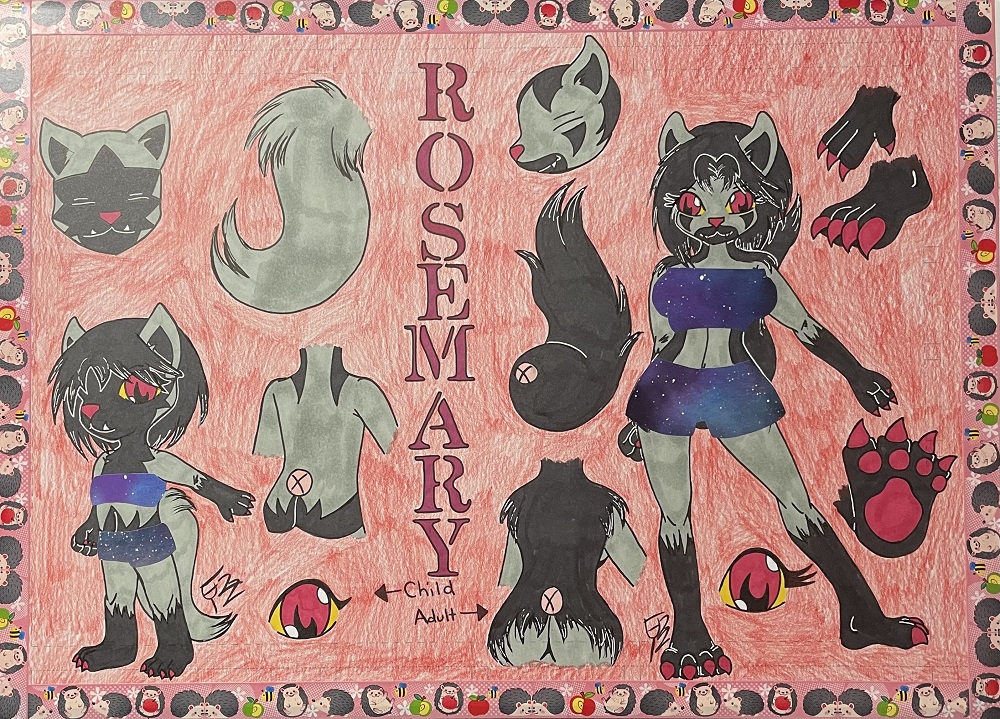 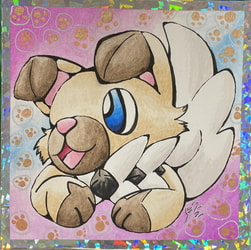 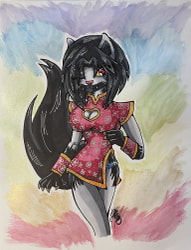 Here is the traditionally colored (until I can do a digital version I am happy with) Rosemary new ref sheet. This one is the safe (SFW) version, with some sticker-based clothing applications on the traditional sheet (so I could remove them after making the photo/scan) to make it a general rating upload.

Here's the biography, from Toyhou.se:

Biography: Rosemary was raised by a Houndoom named Jin, but whether he is her father or simply her caretaker is something that she does not even know. Rosemary is a child and remains in Poochyena form until she evolves at level (age) 18 into a Mightyena…then she becomes a young adult. As soon as Rosemary evolved, Jin simply left one day before she woke up…and then she was on her own. Shortly after she evolved into a Mightyena and learned the Move Crunch, Rosemary found a Pokemon Egg out in the wilderness…when she took it home and took care of it, it hatched into a Pumpkaboo that she named “Rei”. Rei is like a pet and a friend to Rosemary. Rosemary goes to the Pokemon Academy (which is kind of like college or university) and has a group of friends that include her best friends Amber (Linoone) and Haru (Gallade)...as well as her boyfriend, Kaze (Sylveon), and Kaze's ex-boyfriend, Lucien (Lucario).