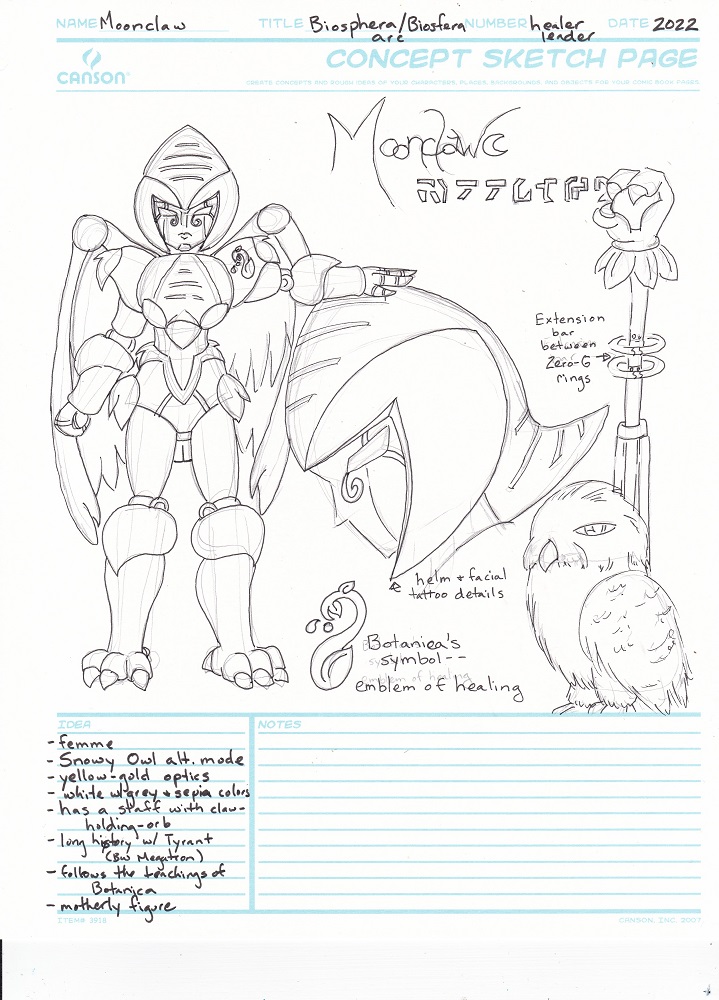 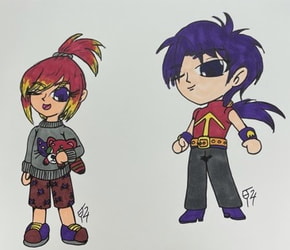 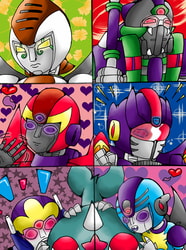 I'm super-excited to finish "Golden Rebirth" by the end of the year and move on to my next G1 expansion Galvatron/Rodimus Prime series arc--tentatively called the "Lost Colony" arc. I decided to deal with the "Lost Autobot Colonies" (as briefly mentioned in G1 episodes "Cosmic Rust" and "Fight or Flee"), now that Hasbro has given us their "official names" of the colonies with the WFC: Earthrise line of toys.

And while we probably have more than we need of Beast Wars characters for Biosfera........I do have a number that I will have to not have or have to seriously rename--given my fan-fics are set in the G1 cartoon universe (expanded to cover some of the Japanese G1 era, too).......I mean, we can't have a Tyrannosaurus Megatron when original Megatron already existed, right? I'm considering renaming him "Tyrant", but that can still change. This is my original Biosfera character for the 2022 arc of my fan-fiction series, Moonclaw--in a way, she'll be the one to greet the "ones from Cybertron" on Biosfera (in short). But I intend on have multiple factions on Biosfera that aren't just "Predacons" and "Maximals".

Yup. Excited over all this. Enjoy a WIP of my newest Transformers G1 expanded universe OC based on a Beast Wars design style. XD