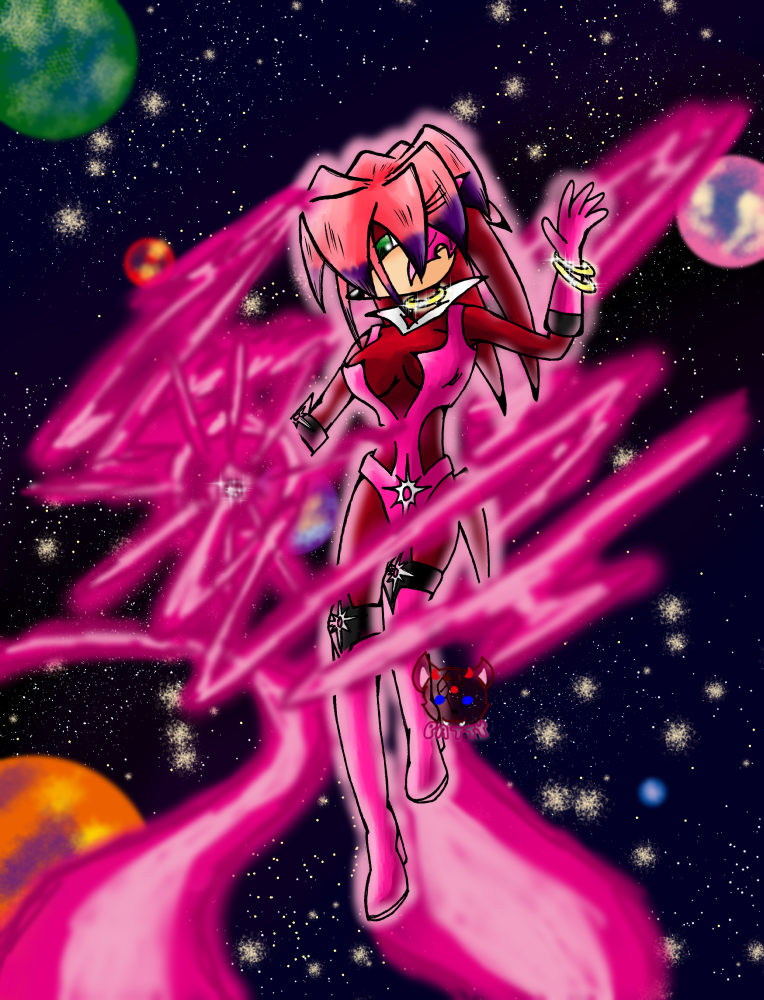 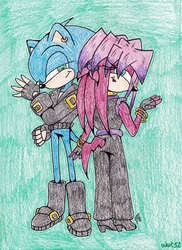 Sooooooooooooooooo.............yesterday I tackled 2 simpler pieces from my "digital to-color" folder and one REALLY BIG one. I also reorganized my folders in my to-color folders..............I just had a general unfinished one and a finished one, but I made two sub-folders so I can tackle those when I'm done with the remainder of the others. One is a mature/adult folder--stuff I won't post here.............the other is stuff for pen-pals (offline friends--I had a surprising amount!). This way I can focus on getting the stuff I will post first done from my general folder. :)

So this is the big one from yesterday's working on coloring--I was watching some movies, "Along With the Gods 2" and the DCU animated film "Constantine: City of Demons" while doing it. It's not the background that made it one of my more difficult pieces from the folder, because I happen to like doing space backgrounds and think I'm fairly decent at it--it was the light effect. I had this all drawn out on the page and the nice thing about taking my lineart into digital is--I can erase lineart to create a "lineless" effect, which is something my skill set won't let me do on paper. I think I redid the shape of the light effect and figuring out how I wanted it to look with colors like three times. The other cool thing is, hiding layers on a digital format--so, by doing the light effect first and then hiding that layer it was on...........it allowed me to focus completely on simply coloring Keira-Jo herself, which was far easier! :D

Overall, this was a far easier piece for me to do with digital colors than traditional colors. :)