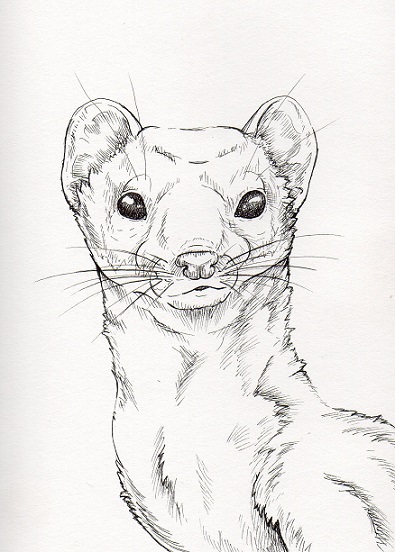 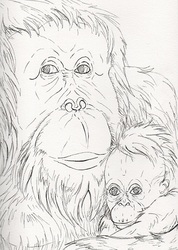 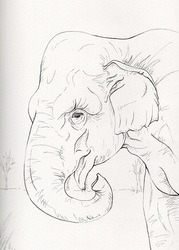 Totem of the day is Weasel! Trust your senses on your perception of others and be careful of any interactions or business deals you may be thinking about. Make sure to gather all the information including what may be hidden beneath the surface. Take some time to simply observe your surroundings for a few days, spending the time in silence. You may want to think about adjusting your diet into eating small meals throughout the day rather than three large meals. The Weasel totem is known for it's connection to secret pursuit and slyness. This totem is good for helping you find your way out of a bad situation or how to find a reasonable approach for a positive one. You will be given aid in being able to squeeze into better situations you may not have been able to previously. Weasel can help you learn to use silent observation in order to gain knowledge. In Native American tradition, the weasel searches out secrets. This will help you learn how to avoid trouble and pursue your goals to the best success possible. People who connect with Weasel are not easily angered but will lash out if pushed to protect those they love. These individuals are generally solitary and possess the ability to often go unnoticed by those around them. This means they are often in possession of knowledge that may not have been directly for them. Quite analytical, weasel types look for reason behind everything.

Weasel, Mustela Nivalis, are carnivorous mammals that can live up to 3 years in the wild. They belong to the Mustelid family and are related to stoats and ferrets. These solitary animals are the smallest carnivores in the world and can be found on every continent except for Australia and the more hostile polar regions. Weasels come in a range of colors from tan, browns, white, and black depending on their habitat. These animals grow to approximately 15 inches long with tail and weigh only around 7 oz. The most widespread Weasel is the Common Weasel also known as the Least Weasel or the European Weasel. These carnivores are perfectly adapted for hunting small prey such as mice, voles, and the occasional bird and eggs. Their long bodies, flexible spines, and small, narrow heads enable them to easily climb into and move around in the burrows of their prey. Their short legs help to move them quickly through the confined spaces. The fur of a weasel will shed twice a year between a darker winter coat and a lighter, flatter summer coat which enables them to stay as warm as possible throughout the seasons. Some species of Weasel even turn from brown to white in order to hide against the winter snow. Their sharp, pointed teeth are perfect for biting and shearing flesh. They are known to hang on to the throat of prey until they are subdued, able to take on animals double their size. Weasels prefer a range of different habitats such as coniferous forest, grassy plains, and woodlands. Being opportunistic hunters, they will sometimes be found in urban areas or farmland in search of food. Hunting is undertaken both during the day and at night. These solitary animals are territorial and will avoid others even with overlapping territories unless mating. They will make nests in tree roots, crevices, or abandoned burrows and line them with soft fur and grasses. They have been known to make all of their kills for food first and take them back into their den before starting to eat. Weasel females will birth a litter of between one and seven young called kittens. These kittens grow quickly, weaned by two months old and able to hunt and leave their mother within the third month of age.