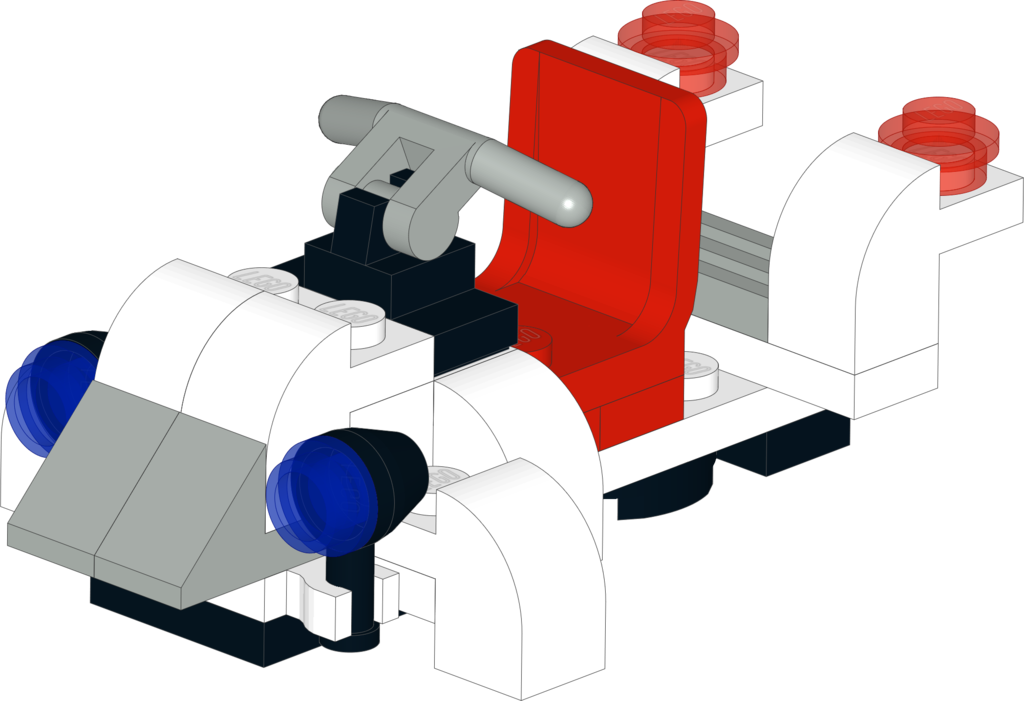 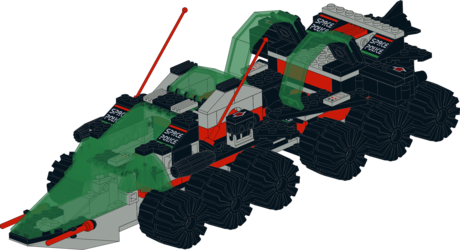 I got this little guy as one of three actual kits for a Christmas stocking stuffer yesterday. It's from a knockoff brand of construction blocks called "Brick Tech," that can be found at my local Dollar Tree store. I'm not usually one for off-label building blocks, especially the cheap ones that dollar stores have, but I think this set is kind of cute.

The construction of this set was fairly simple and straight forward. The actual physical build time took less than 5 minutes, while building it in MLCAD took about 15. The only problem I had with translating the set was in the headlights, as Lego lacks any piece identical to the "1x1 round stud w/peg" that came with the physical kit.

I'll be uploading the other two kits once I finish them in MLCAD.

Constructed in MLCAD / Rendered in LDView