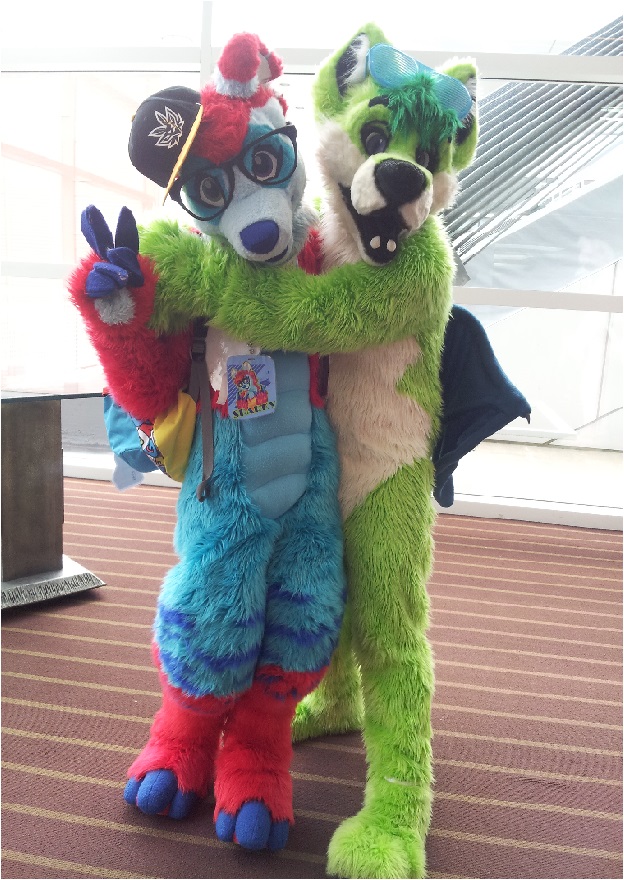 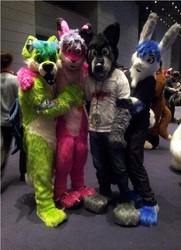 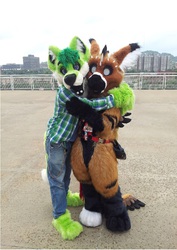 I hadn't seen her all con, then after the fursuit parade, a random person appeared and used drag, which was very effective. I ended up getting taken to a group photo for Tunnysaysidk suits and obviously ran into Omgsparky there XD Thankfully I also got to get a solo pic with her too x3

This is an upload from my FA gallery. Most of the information is copied over.