Enter the Matrix by Kadmiel 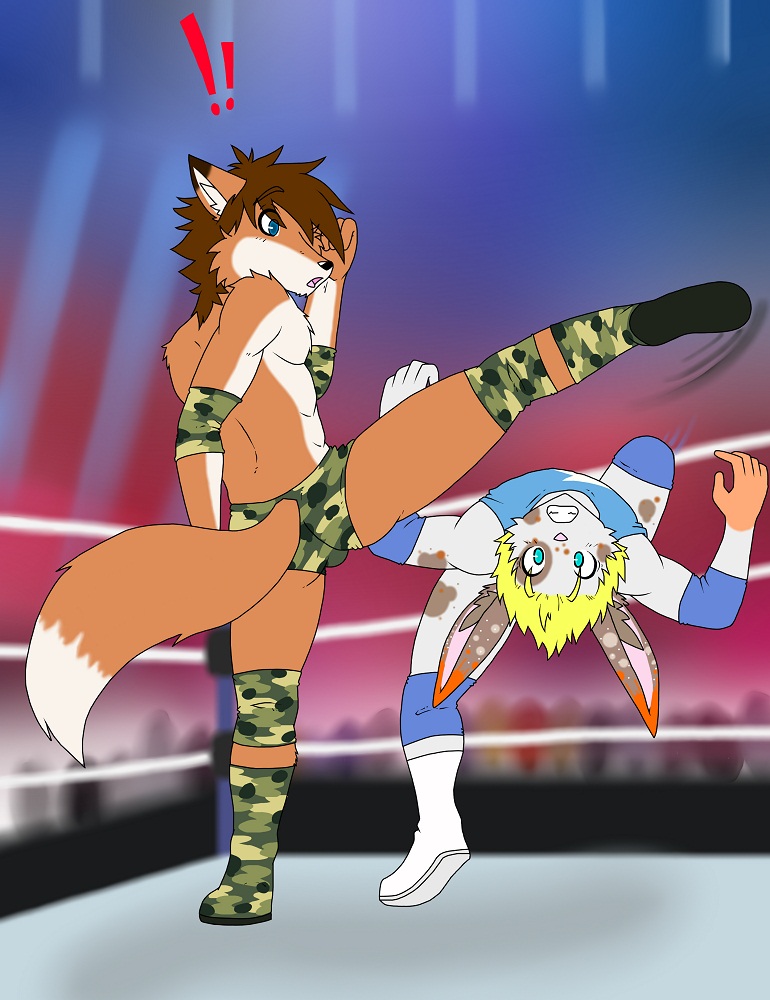 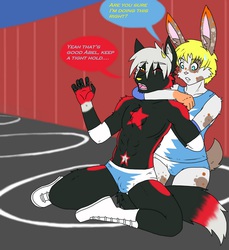 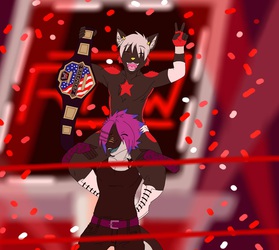 Abel, new to Wolf's Howl Gym owned by Sento Silvermoon,was preparing for a work out to keep the chicken and dressing from all those salads
from covering up his muscled form, when another new person spotted him getting changed. Rik,not one to overlook and not appreciate the sight
of a bunny butt in tight form fitting clothes, stopped to check him out but was caught.

After the embarrassing moment where Abel figured out he was being watched and where Rik realized he was spotted, the fox challenged Abel to
a challenge of strength. Traditional wrestling, all grapples and holds, he had in mind. Abel accepted, thinking it was more like pro wrestling and
the challenge of strength was just to see who was better. Being light on his feet and not too strong in his upper body, Abel avoided getting locked
up in holds and grapples as much as possible, and he was good at it.

Neither managed to land any hits stronger than glancing blows, so Rik attempted to round house kick the rabbit to slow his happy feet down.
Abel saw the move coming and attempted the matrix maneuver to avoid a kickin the face that would put him on the ropes if not out on the
canvas. He sighed in relief as he noticed the leg passing over him, but then he realizdd he had a new problem. He only had one foot on the
canvas and it was threatening to give, can the bunny get his hands down to the canvas in time, or will Rik's leg kick one of them and leave Abel
to land on his tail?