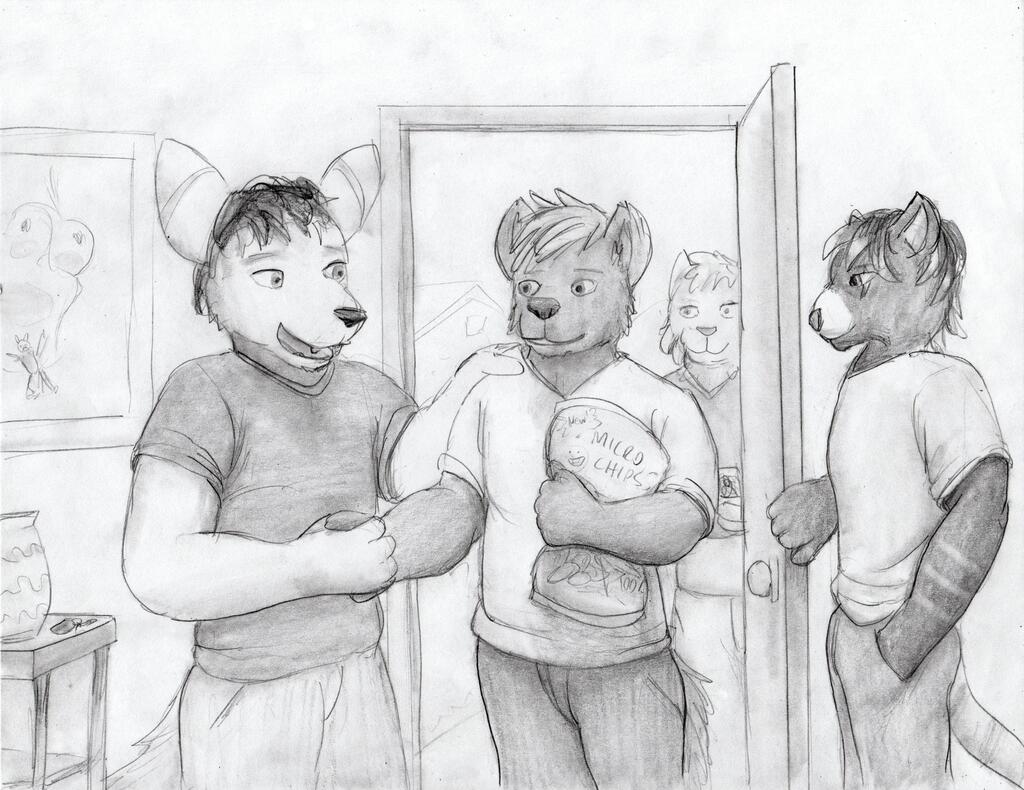 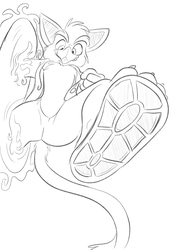 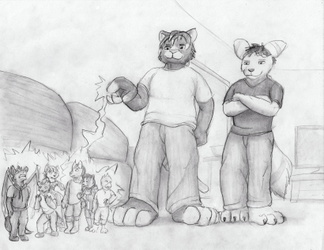 Last weekend, in Leon's pantheon, there was no such thing as gathering limits. It's all a fantasy, and anything can happen, except when Leon's the host.

Jake, one of Leon's good friends, came over and suggested that Leon host a house party. Except, all the guests will be shrunk. Seeing this to be a good opportunity, Leon brought over some of his pals. Shown here is Leon, Jake, and coming into the house is Joshua and Vanilla. Where are the rest of the guests, you ask? Well, that will come around later.

Alright, time to get this one posted after trying to find something to post, and thought about doing this while still in the macro mood. There's two more parts to this sequence, so keep an eye out on that.

Art by efhosci
People shown are wolfwatcher7654, coolest, and tristanchap on this page
Leon is me~
Original: https://www.furaffinity.net/view/40187008/