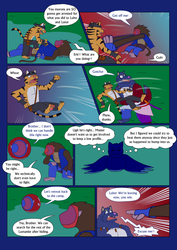 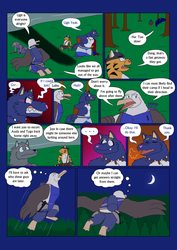 Commentary:
I didn't think anyone would expect the twins to just walk away after fighting. So they're doing something even better than walking, or even running!

Originally their getaway was to have Tim use his power like a hamster ball with Jim inside, but then I decided that I didn't want his power working like that. But this works out because it means that Jim gets to utilize his power as well for their escape method. The only downside was that it probably made the animation more complicated, but it was well worth it. I'm very pleased with how well I pulled it off.