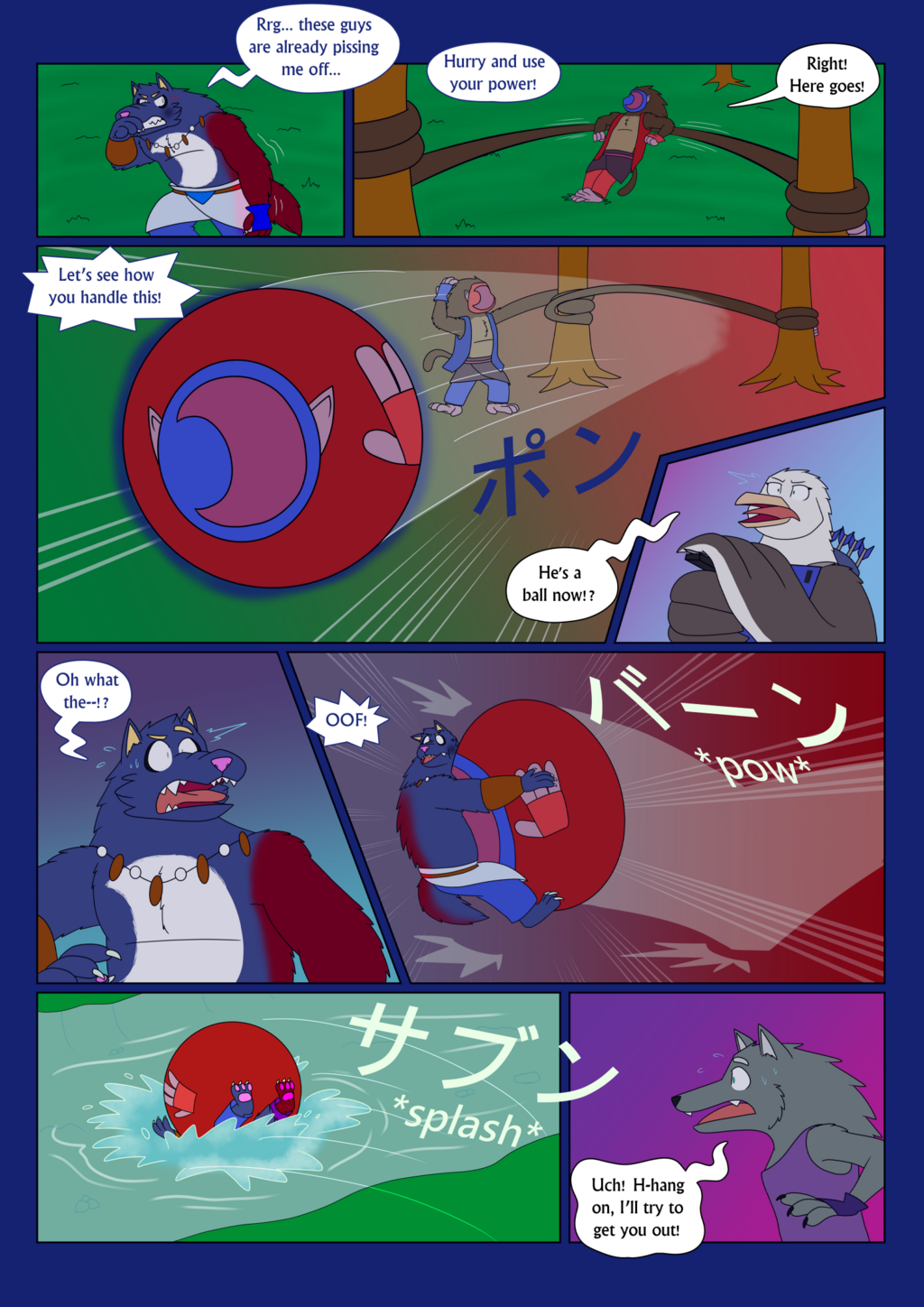 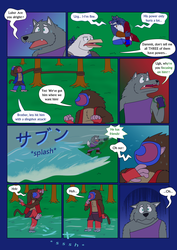 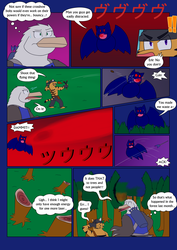 Commentary:
And now we have Tim's power revealed. The shapes I had behind the two on this chapter's cover were meant to allude to their ablilities. I haven't decided how often twins would happen to have the same powers, but obviously for Jim and Tim's case, they did not get the same powers.

I had Elah's reaction shown in panel 4 to show that she's currently tryig to reload. Tygo is not on this page, as juggling around 7 characters in one fight scene definitely takes some doing. There's a lot going on in each page, but in real-time it's happening very quickly, so hopefully a character not being on one or two pages won't be too jarring.