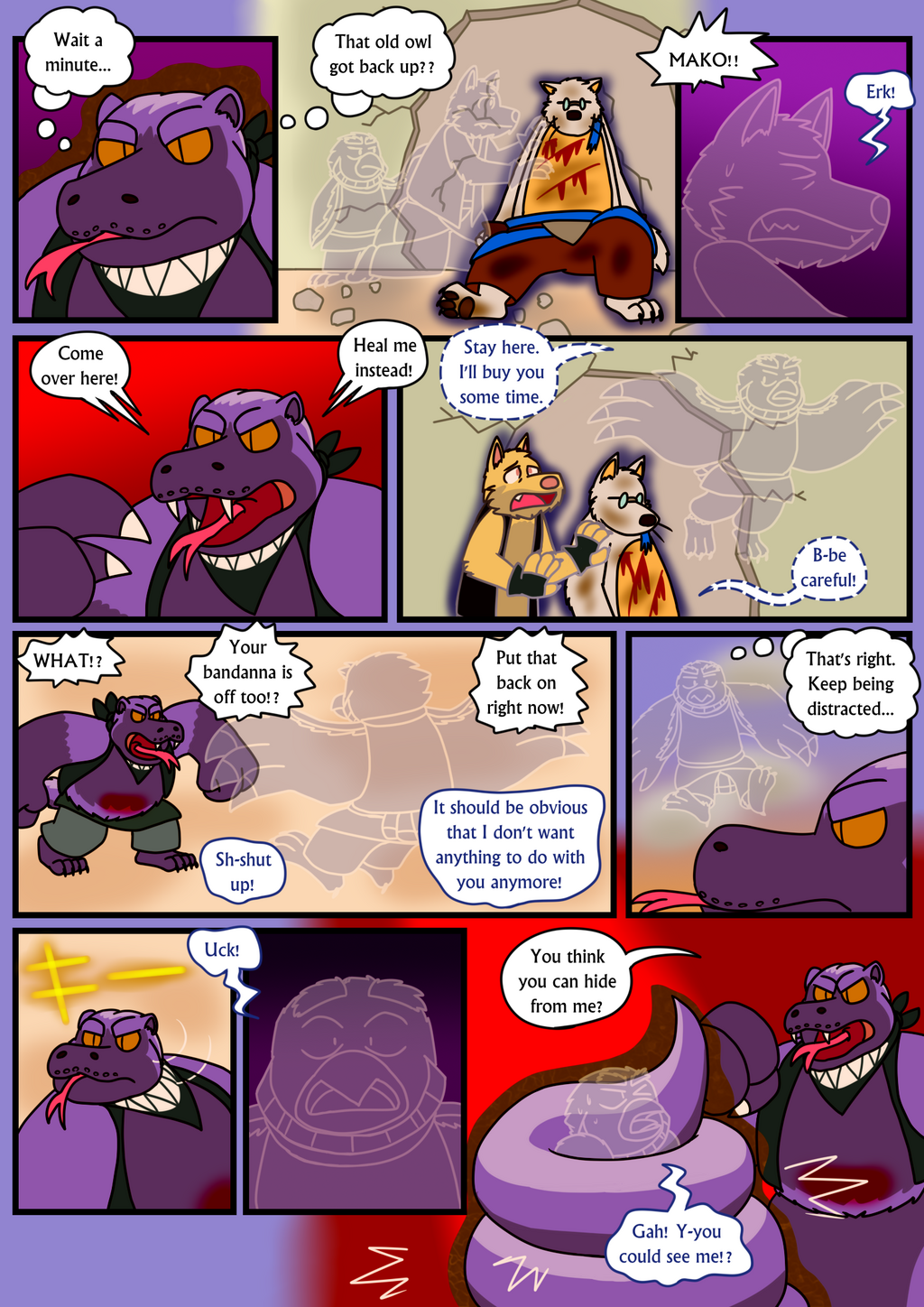 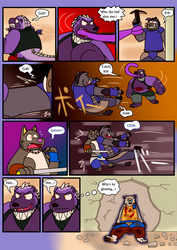 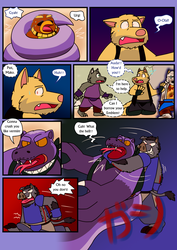 Commentary:
Olaf showed that he can conceal things he touches, and that includes people too. Those that he's affecting cannot affect things they touch, which is why Lopu is not invisible as well. Plus it would be a bit obvious if a person suddenly vanished when they're supposed to be incapacitated. I purposefully left out the bump at his broken ankle to give a hint that he's being healed.

There's a lot of ways Mako could have met up with Olaf, so hopefully it's not too weird that they're suddenly there healing Lopu. That was one of the reasons why I had Shoro mention that Mako ran off, as he and Lydia would have definitely intercepted Mako if he tried to interfere in the fight. So I had Mako hide for a bit to wait for an opportunity, which is an invisible Olaf, who was not actually knocked out from Lydia's blast.

Another unexpectedly handy use to Orhan's power, detecting invisible opponents. The amount of knowledge about how snakes work probably wouldn't be that much in this time period, so it Olaf wouldn't have seen that coming. Snakes actually sense heat with the pits in their snouts, but I went ahead and gave Orhan snake eyes too to make it even more obvious to readers who don't know this that Orhan essentially has "snake vision" right now. Snakes also can't move their pupils, which is why I had Orhan turn his head towards Olaf in panel 8. Speaking of which, キー (kii) is a glare.

Originally, I was going to have Orhan remark about Mako's lack of a bandanna in an earlier panel, but then I realized that even tho Orhan could detect Mako's presence, it would be unlikely that he could tell what Mako was wearing.