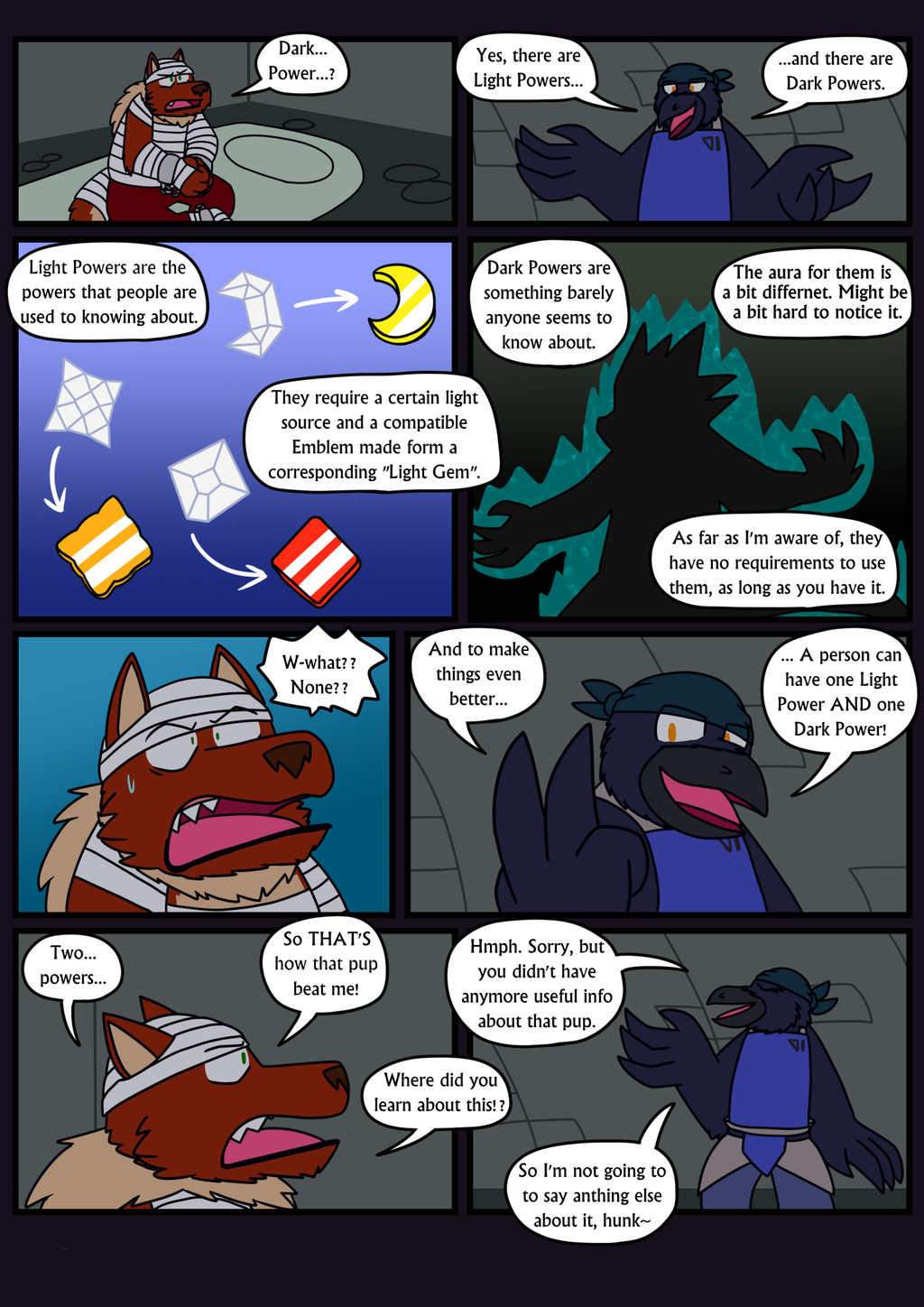 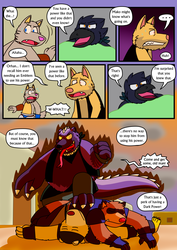 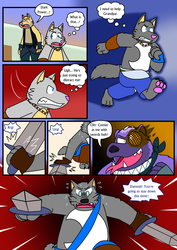 Commentary:
Alright, now we've completely turned the currently known rules on it's head with this page. But I've always know how Dark Powers and Light Powers would work since the beginning. There'll be more time to explain Dark Powers later on, since Lubo isn't getting this info yet anyway.

This is the first time I've actually drawn the crystals for a Sun and Gaia Emblem. They're called Solarite and Gaianite. I didn't want Gaianite to be a square for some reason, so I went with a pentagon shape, with one of the sides very short to make it look like it could still become square-like when turned into a Gaia Emblem.

That silhouette in panel four is indeed an actual character. She isn't fully designed quite yet, but it's the character I feel Shoro would have likely have met in the past. I could have done a random or generic silhouette, but the source of Shoro's information was questioned, so I felt it best to have an actual person there instead. And yes, I said "she", so now we have TWO mystery silhouette ladies.