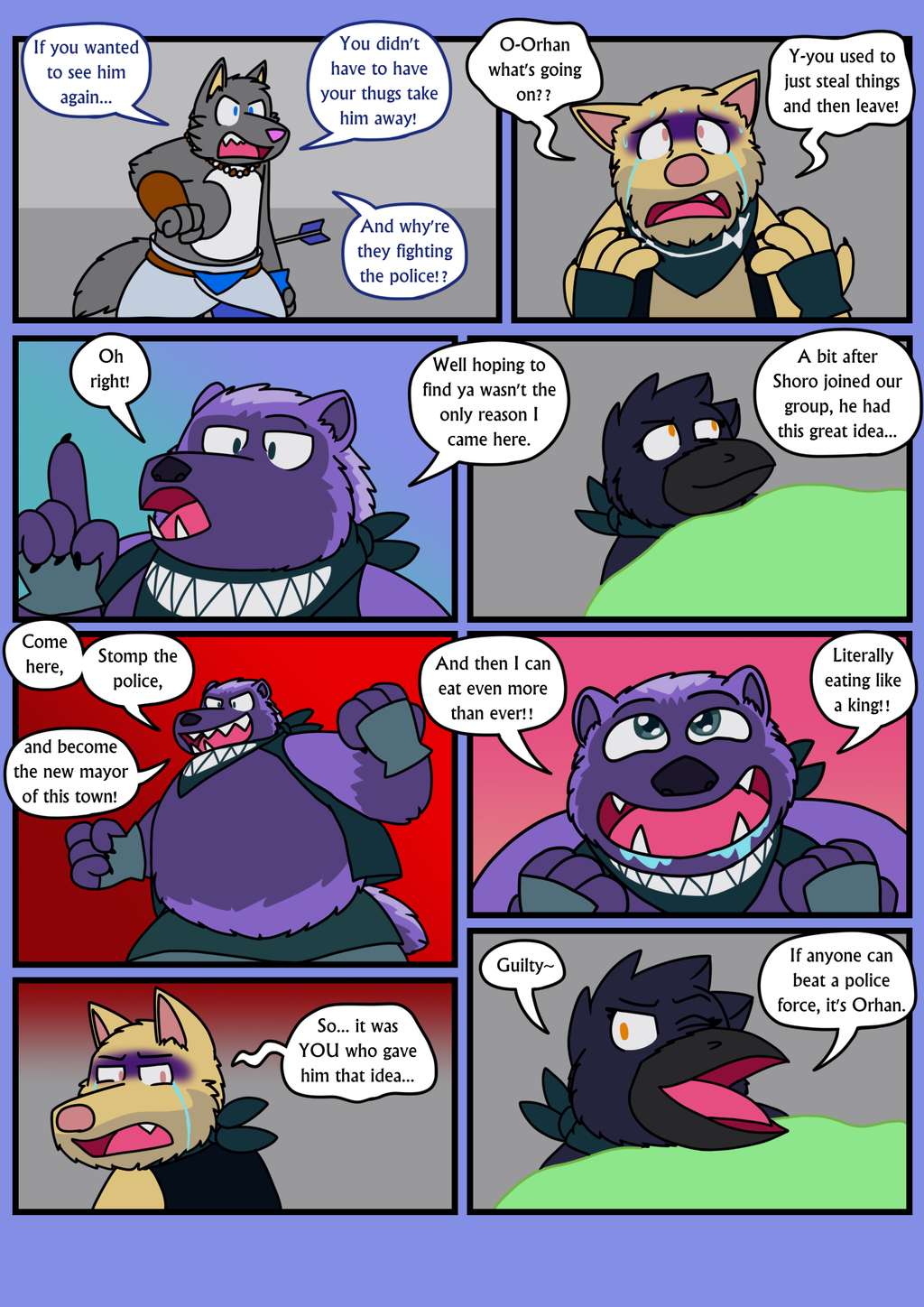 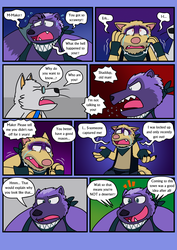 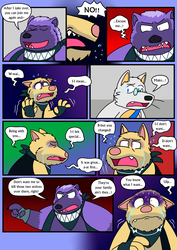 Commentary:
Now we got Orhan's goals and where he got the idea from. This'll probably give some clues about Shoro's motivations.

Also yeah, Lubo still has that crossbow bolt in his arm. Originally I thought it'd be a good idea to leave that in if it happened to me, but it turns out an arm wound like that wouldn't bleed out that much. This is something Lubo likely wouldn't have known about, so I guess he's just leaving it in at this point...

Batuu: Man is food and Mako all this guy thinks about...? =w=