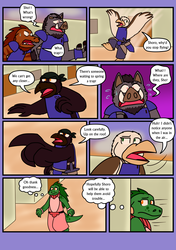 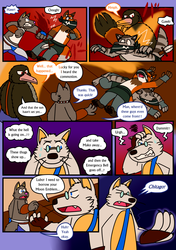 Commentary:
I've been waiting for this moment for over a year since Shoro's debut back in chapter 12. Hopefully you find the set up satisfying.

Erika has many reasons of being in this scene. One of them is to show that Erika had no idea about the nature of Shoro or his intentions, even after using her power. She DEFINITELY would have said something if she knew.