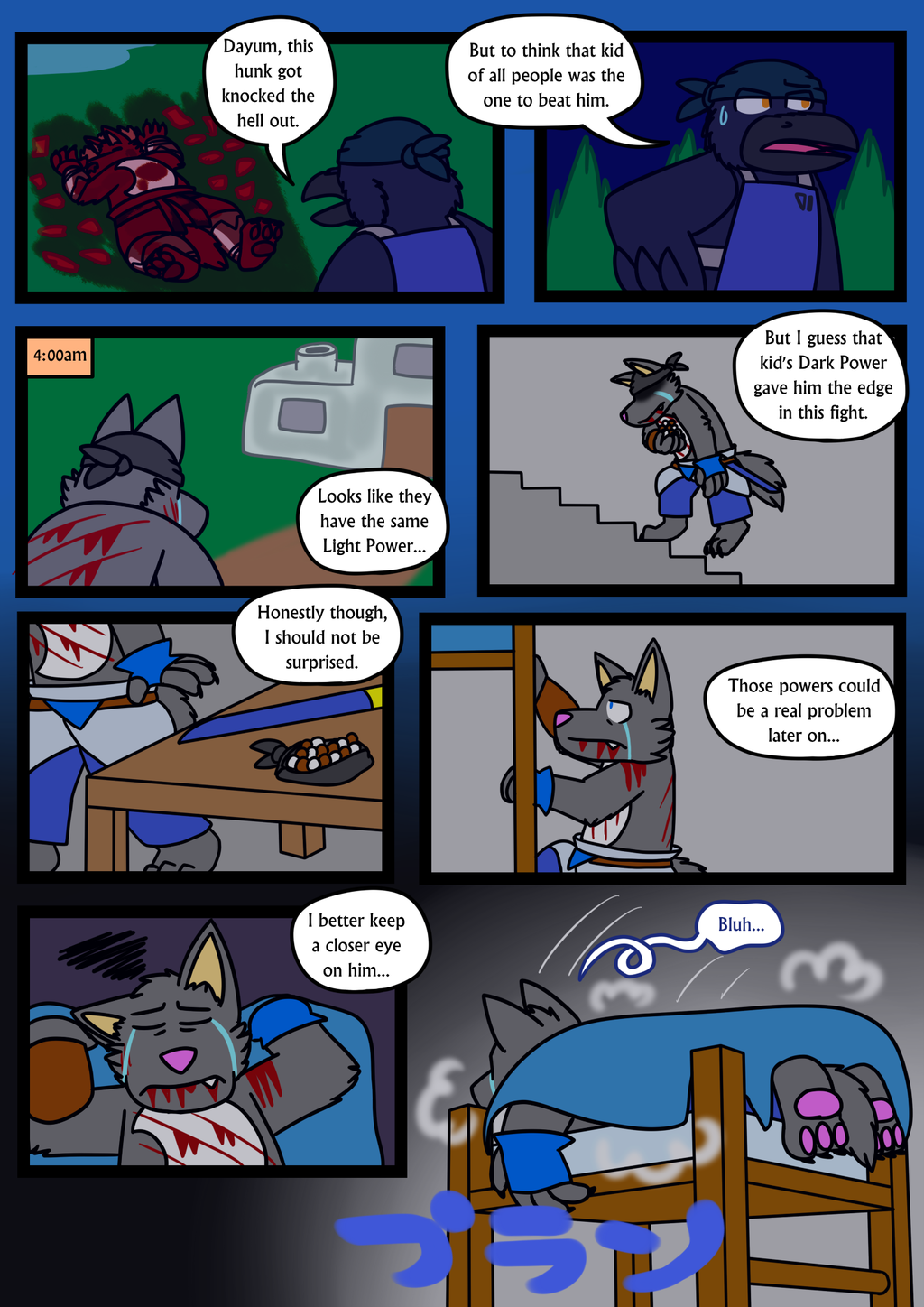 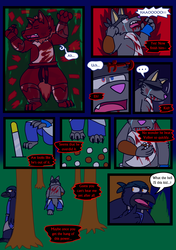 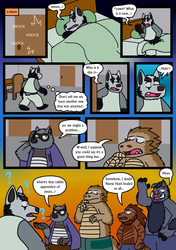 Commentary:
This makes page 350!! I stopped counting for a while but I realized just in time for this milestone.
Lubo finally gets to sleep. If you were wondering, Lubo had stopped crying since before he first punched Volker. He just hasn't wiped away his tears yet.

It also did not occur to me how many pages I would have to draw Lubo wearing a bandanna. Feels so weird to draw him w/o it now, but I'm also a bit relieved because bandannas give a few extra steps for drawing one's head.

Looks like Shoro knows a lot more than people might have been expecting. He's referred to Lubo and Volker's powers as a Light Power despite them being classified as Lunar Powers. The red aura is classified by Shoro as a Dark Power. The meanings behind these will naturally be explained later. But for now, I'll let the readers think of what it is.

Batuu: What the heck is Shoro talking about...? =w=