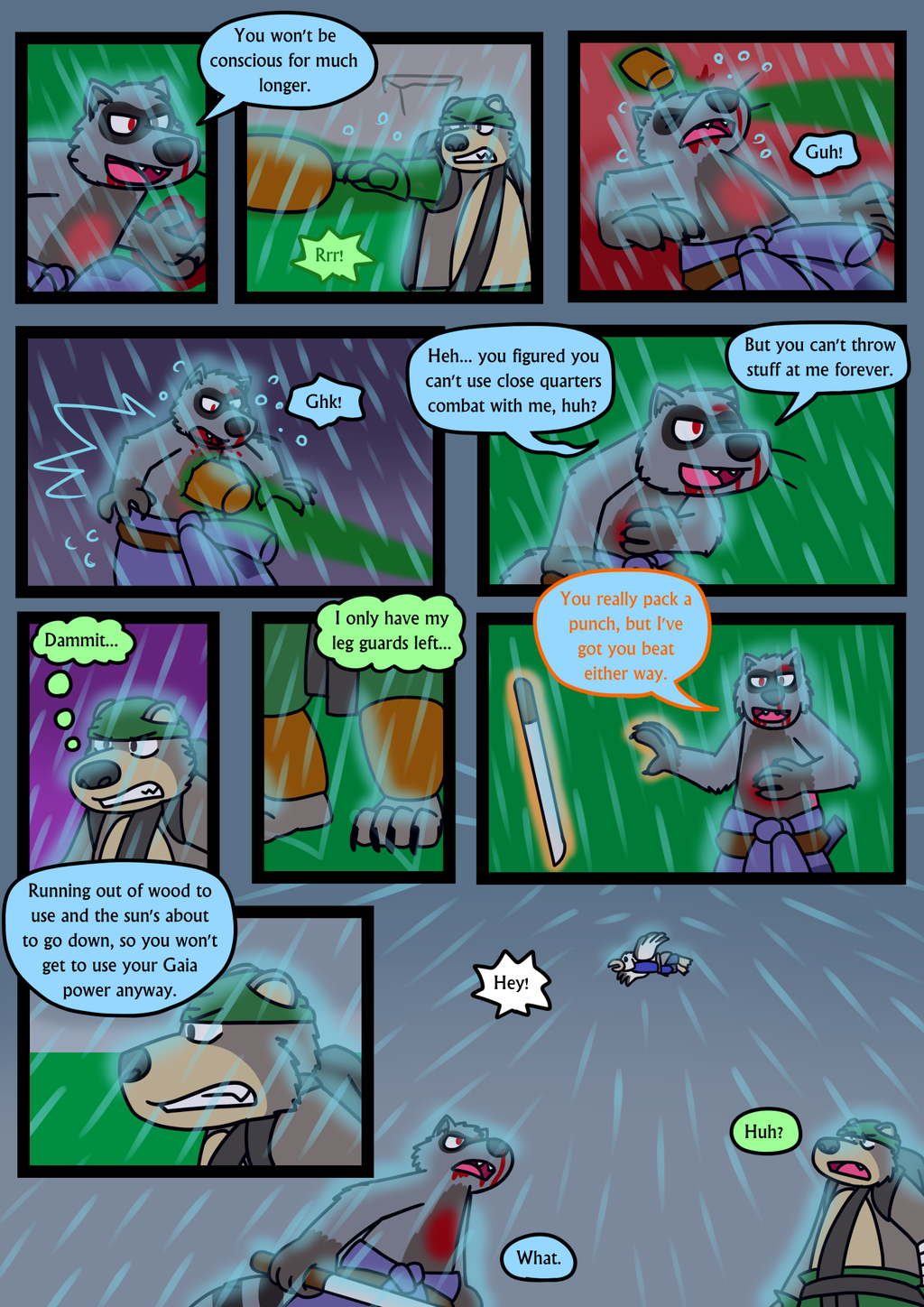 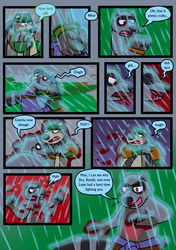 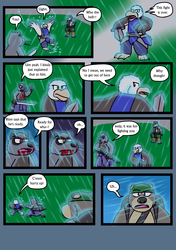 Commentary:
If you're wondering why Rikku is suddenly getting hit more often, it's due to him being in closer range to Usaro, giving him less time to react to Usaro's wood throwing. But he doesn't mind too much since Usaro is essentially wasting his ammo. Usaro, on the other hand, decided to use his full arm guard instead of just a peice of it to inflict more damage to Rikku.

For a while I didn't have Rion, Rikku, Usaro or Elah's fur/feathers droop down due to wetness. This was an error on my part, but it kinda worked out since they were moving a lot anyway. Now that they're standing still, I'm drawing Rikku and Usaro's fur drooping.