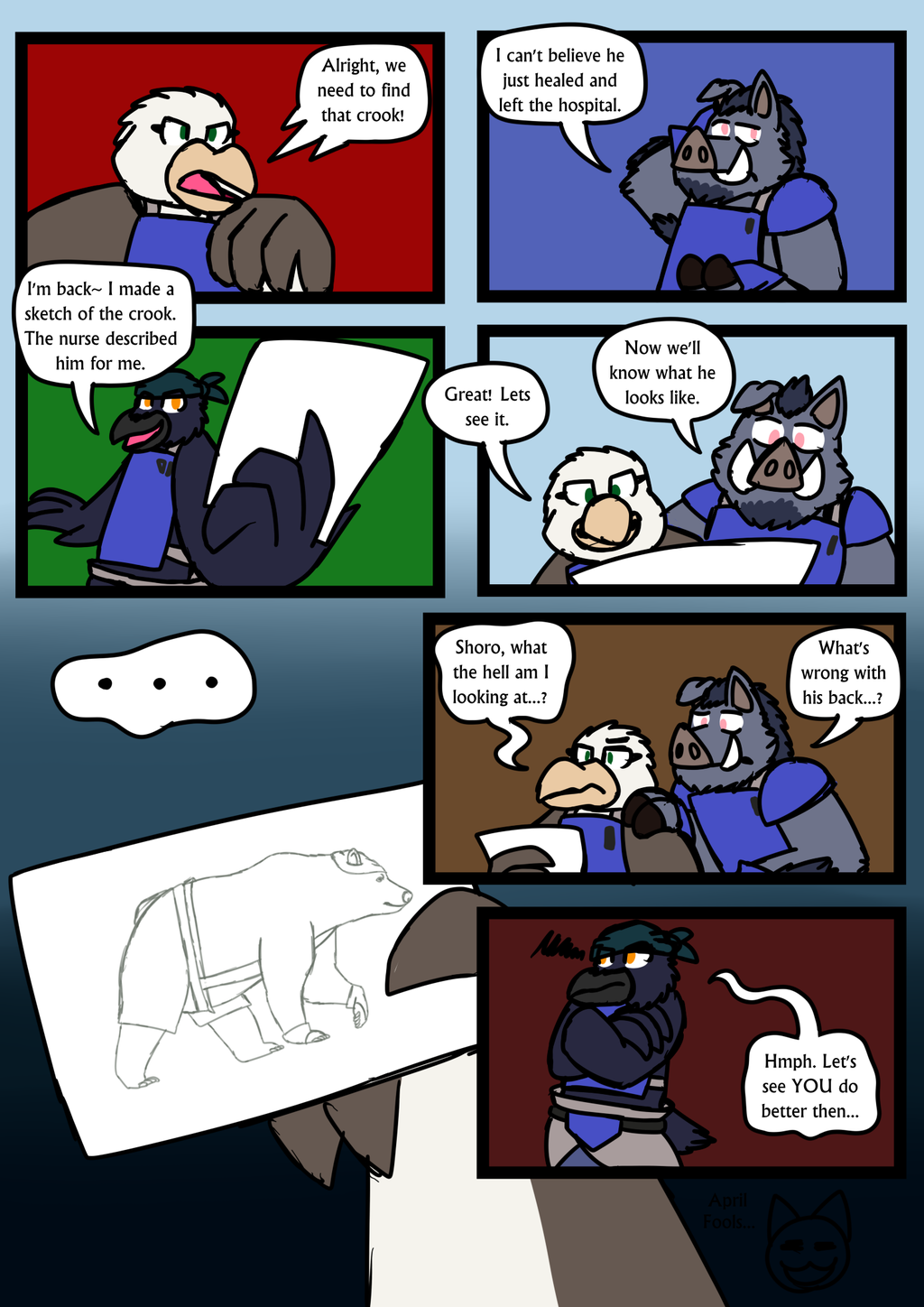 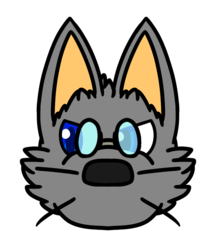 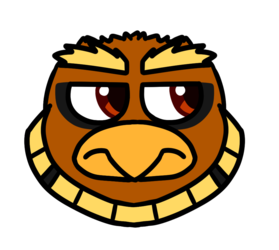 Commentary:
If you couldn't tell, this is an April Fool's page. Instead of a fake out, I decided to do a gag instead. At first I was going to have Kuro, Elah and Jamon, but then I decided to give myself a reason to draw Shoro again and Kuro has had plenty of screen time compared to the other cops.

Canon:
Kuro, Elah and Jamon do actually know that a "crook" has been released from the hospital and are looking for him right now. The other thing that is canon is that Shoro can actually draw well. Because why not?