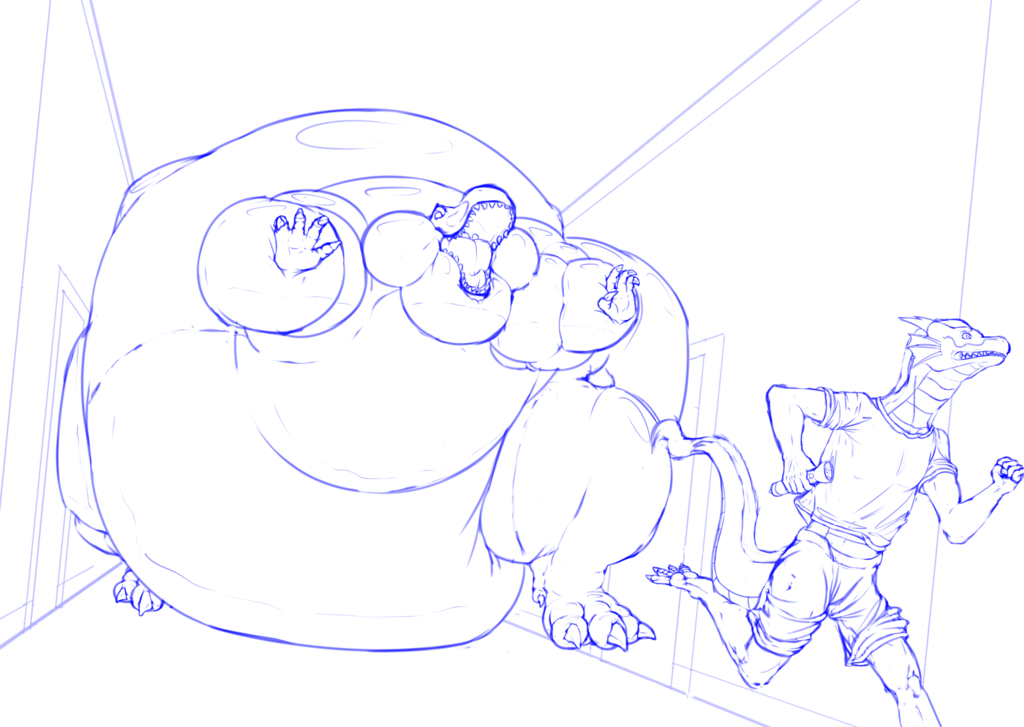 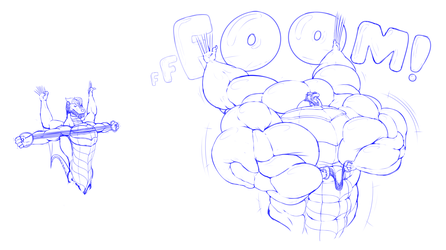 A little before Halloween a friend of mine wanted ideas for a story. I pitched a 'The Shining' rip-off starring two of his characters, spending the night in a "haunted" house, only for the one to go crazy form the lack of inflation shenanigans in the past month, one of this favourite things to do. During the story, after dark, he would've been wandering around after starting to get a little loopy, but the whole time would be slowly inflating bigger. , This would've been the climax where he blows himself up so big he's fighting the walls for space, while chasing his friend, to blow him up too.