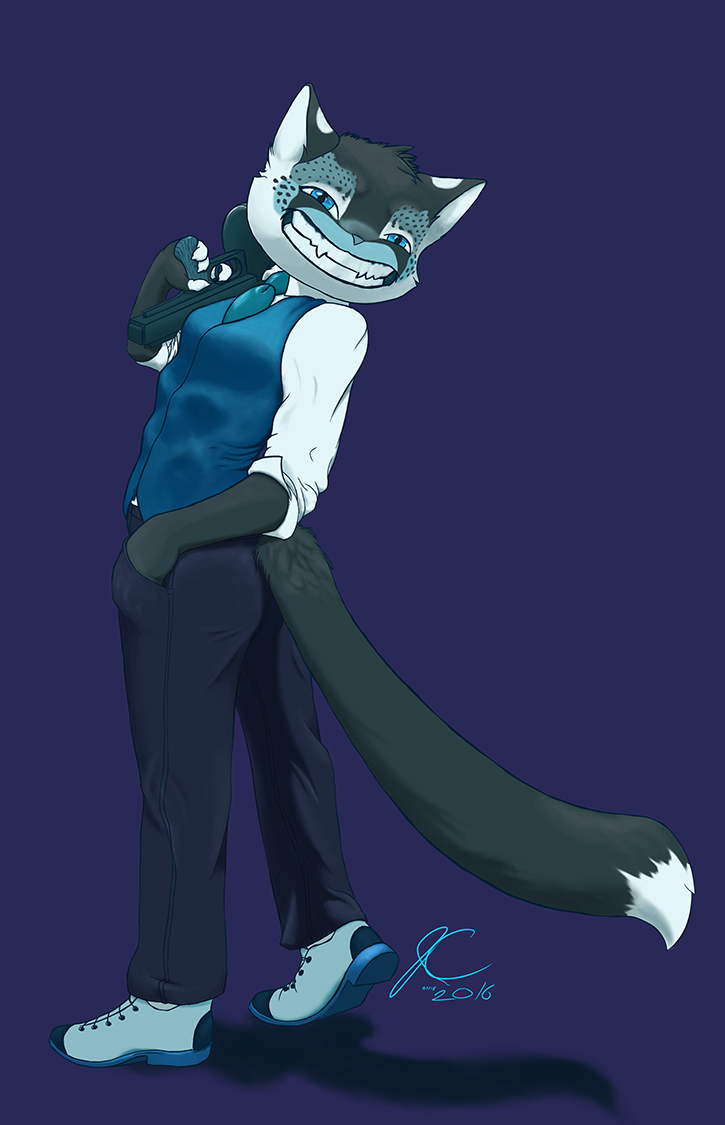 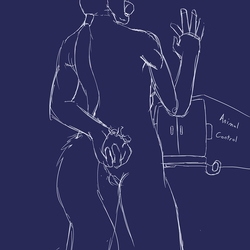 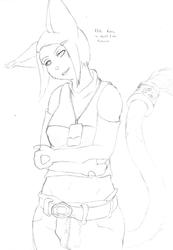 "No really! That was hilarious. Tell it again, but this time so my friend Tommy can hear you!"

OK, story time. I've known of Lackadaisy since high school (6-8 Years ago) because I started out on DA and would see the pages and pictures come up on the front page, and I've always thought they looked really awesome. Particularly Rocky with his Cheshire grin. But for some reason I never got around to finding the first one and reading through it. Then I forgot about it existing because I have all but deleted my DA account. Well for those who weren't there, Lackadaisy's author, Tracy Butler, was a guest of honor at Anthrocon. So having it back in my mind, I sought out the comic upon return and holey shit I wish I'd done it sooner! That comic's amazing and if you've not read through it go do so right now.
Anyway, so as I was barreling through that comic, I decided I wanted to a SAW in her style and learn sepia-tone. So I spend almost two days just eyeing up different pages of the comic, drawing this' lines, and doing the flats. And that's not cause of my speed, that's trying to be thorough in vivisecting Tracy's style. Then I get to the current end and actually look at what's on the site besides the comic... She has two very good tutorials on the matters as well as other things... Moral of the story is to always explore all aspects of a subject before putting in tens of hours of work.

Art talk:
All things considered though I actually love what I managed here. Although Je's fur pattern doesn't lend well to the drawing style, I really enjoyed the sepia-tone coloring method, and it's is apparently a good way to do colored digital painting. So I'll definitely be experimenting with that more in the future, though don't expect to see more Lackadaisy style line work. Feels like I'd be stealing the stile if I kept going with that... Even if I really want to... Cause it both looks awesome and has a lot of qualities beneficial to comic making (as lifework at least)...