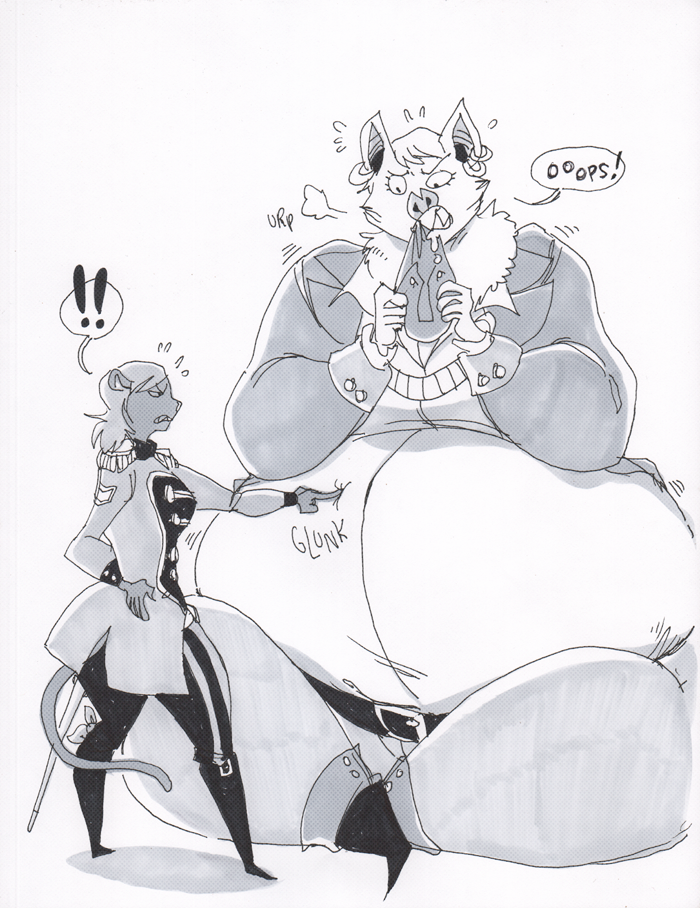 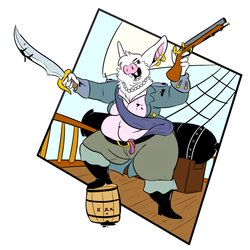 "Marianne."
"Mm?"
"Remember when I told you about ransoms? How we could get lots of money holding someone hostage?"
"Aye....?"
"And eating someone would negate any reward money we'd get?"
"...Aye...?"
"I just checked the room where we'd locked that up-and-coming admiral. He's gone. You wouldn't have seen him about, would you? Climbing down the side of the ship? Securing a lifeboat? Anything like that?"
"....Er...Nooooo?"

Poor Marianne. She's not really able to control her appetite if someone goes trying to escape, or wanders too close to her whenever she's hungry (which is all the time), or really is anybody but Jane and within arms' reach. This leads to some rather unfortunate scenarios where there's someone that needs to be kept alive and not turned into batfat. Like if the two of them ever hire a guide for treacherous waters, or if they try holding a hostage onboard, or they meet some heroic pirate type that needs a ride, or if someone's foolish enough to join their crew/hired to take some responsibility away from Jane. Usually, Jane would totally stop such eating from taking place, Marianne would whine and huff and go sulk in piles of gold, and that'd be that, but Jane can't watch everywhere, and Marianne always seems to find herself alone with some tasty-smelling gal or fella and whooooops they're too far gone by the time Jane gets around to noticing how Marianne's belly is kicking. Well. Hopefully she'll learn one day.

A sketch by http://feistydelights.tumblr.com/ for getting those two other pictures done, and a bit of slice-of-life with the two of them. :3 Poor Marianne with her appetite, poor Jane having to deal with the frustration, poor soul in there that's gonna be more bat belly in a little while.