Haad the Soldier of the Sands by JeremiahSmackTheWall 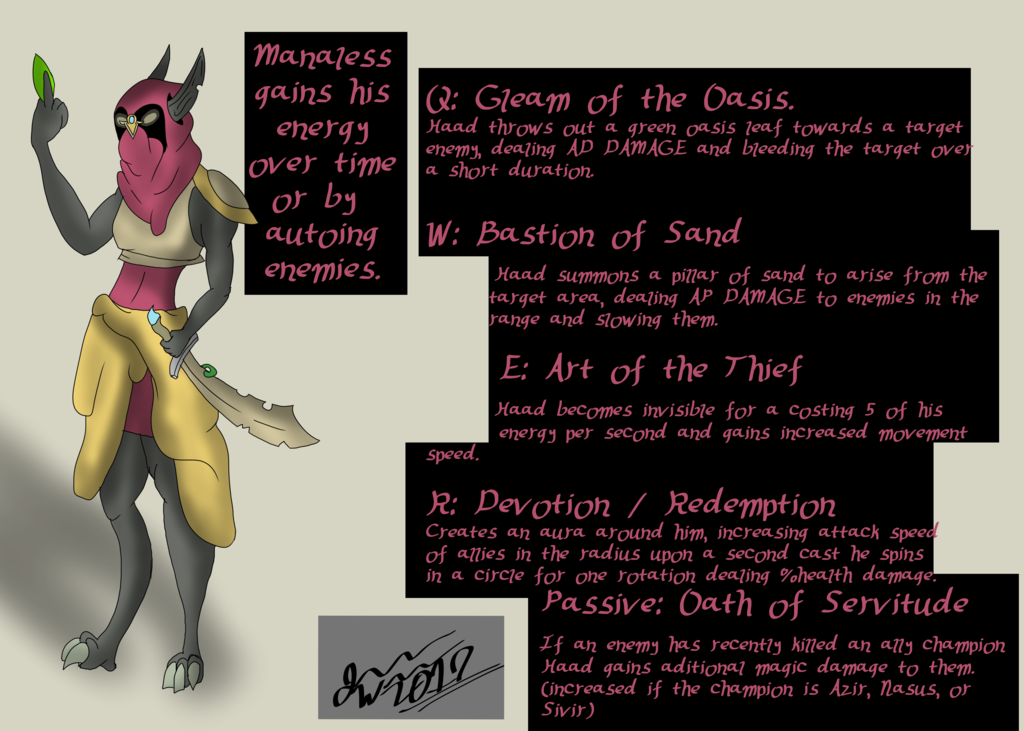 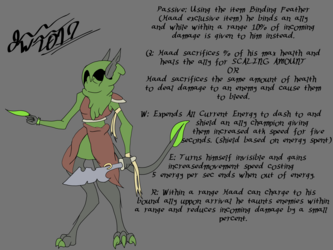 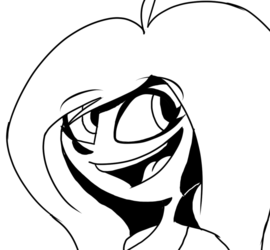 Haad the Soldier of the Sands

This is a reworked concept of the other Haad HERE: That I had posted the other day. This concept turns him from a assassin support into a full assassin. He is one of a few concepts I will be developing (not like they will become real champs but who cares... it's still fun). I have plans for atleast 5 including Haad. These concepts will be Shuriman and be a sort of 'second wave' to the Azir vs Xerath story. Each faction is missing key roles for having a full rounded team. AZIR SIDE: TOP; Nasus JUNGLE; NA MID; Azir ADC; Sivir SUPP; NA. XERATH SIDE: TOP: Renekton JUNGLE; NA MID; Cassiopea / Xerath ADC; NA SUPP; NA. I know that is probably confusing but my goal is to create a jungler/supp to support Azir and a Jungler, Supp, and ADC. Now that my rambling is over... lets look at Haad, The Soldier of the Sands