Haad the Strength of the Shadow by JeremiahSmackTheWall (critique requested) 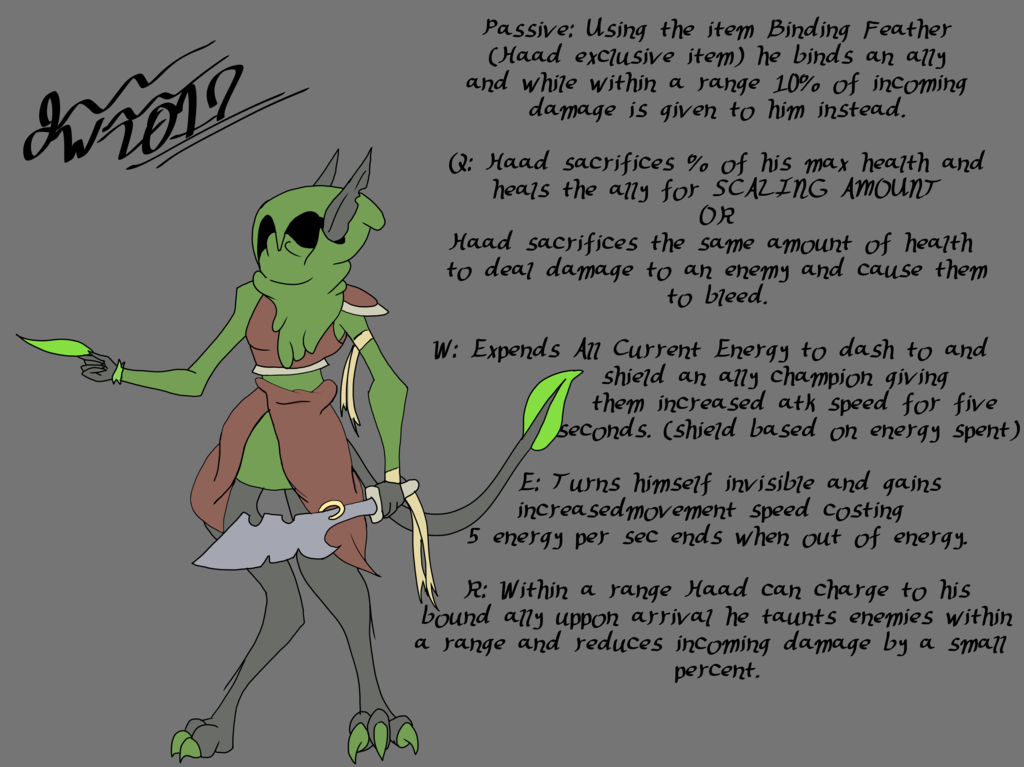 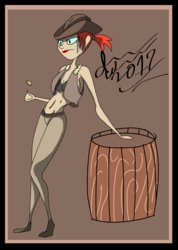 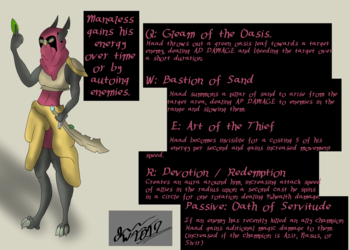 Haad the Strength of the Shadow (critique requested)

This is a un-shaded concept for a Custom League of Legends Vastayan Champion. His abilities are probably going to be fixed an changed if I decide to do anything more and flesh him out but so far... here he is.

Haad is a reptilian Vastayan from the desert of Shurima, his kit basically makes him a high mobility tank viable as a support and possibly a jungler. He has little in the way of damage with low base physical and magical damage but a high movement and armor and mr base stats.