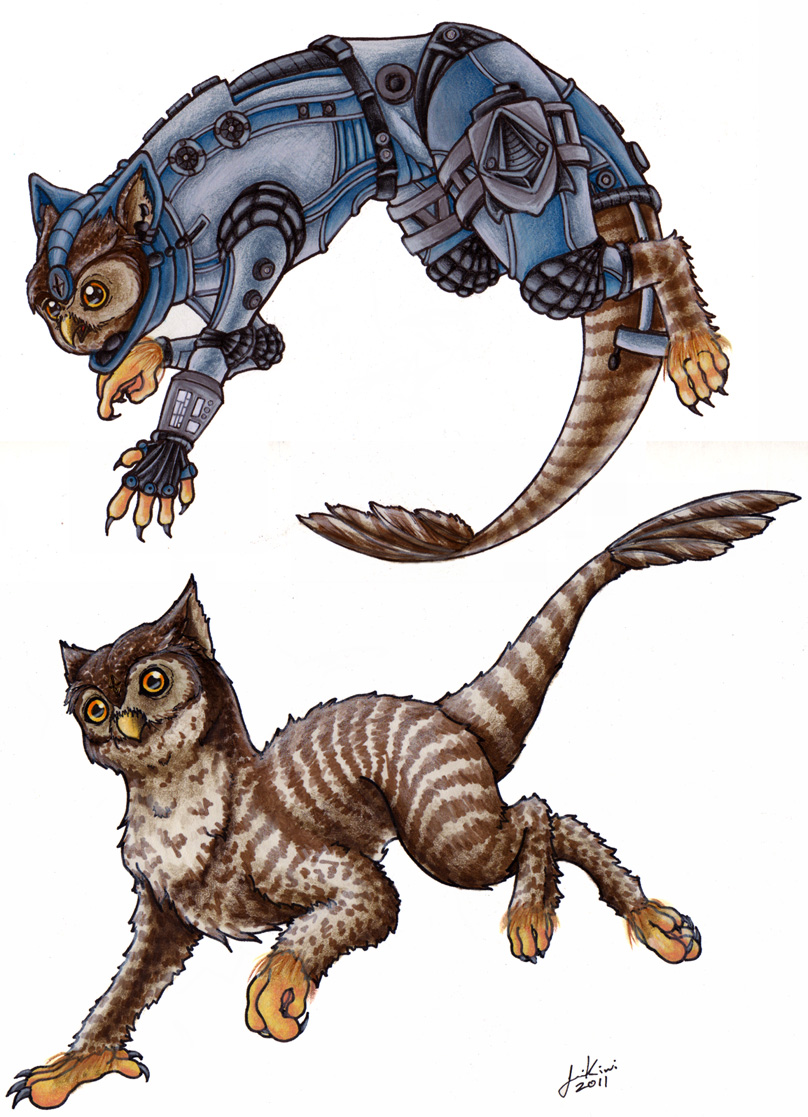 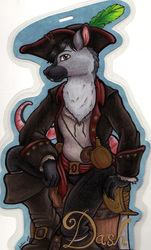 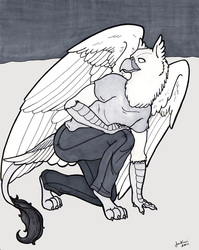 A pair of Z pilots - dog-sized, flightless gryphons, created via biotechnology for the purpose of getting rid of pests. These little critters have a catlike body covered in fuzz, large owl-like eyes, no or vestigal wings, little pointy or round ears, a rather thick tail - more like a lizard's then a cat's - with a feather tuff on the end. Their beaks are short and curved and in some cases will totally vanish into the facial feathers when closed. They're more feral than not, and usually walk on all fours.

Their creators did not mean for them to be all that smart, and as a result they are rather childlike in nature - however, their reflexes are far superhuman, so they make prized pilots if one can train them. Said pilots are given a small, diamond-shaped implant on the brow between the eyes, and typically have feet not unlike an owl on all four legs, with five or six toes on each foot - three or four pointing forward, two backward.

The idea behind this commission was to show a Z Pilot with and without their flightsuit - something like a space suit with many connection ports and a bunch of cables and tubes. The suit pictured here was designed for an agile, nimble quadruped, with cargo pouches on the haunches where they are more readily accessible to the feral-minded. It also has ports along the shoulders where jetpacks or rocket boosters may be attached for personal independent flight (space or terrestrial), a remote access interface device (aka "power glove") built for use with the off hand, and a fully integrated communications headset with microphone/speakers and a holographic heads-up display built into the half-dome helmet.

Mad, mad props to indigoangelcat indigoangelcat for her assistance in designing the finer points of this flightsuit. Seriously, she is a MAD GENIUS of SCI-FI Fashion Design.

Prismacolor inks, markers, and pencils on smooth Bristol board (many thanks for Indigo and her amazing army of colored pencils for tackling the shading on this one!). Originally commissioned as a simple ink drawing (http://www.furaffinity.net/view/5384204/), the commissioner opted to upgrade it to color. Their plumage is meant to be a Northern Hawk Owl variant, which is quite stripey in the body, according to the images I found online.