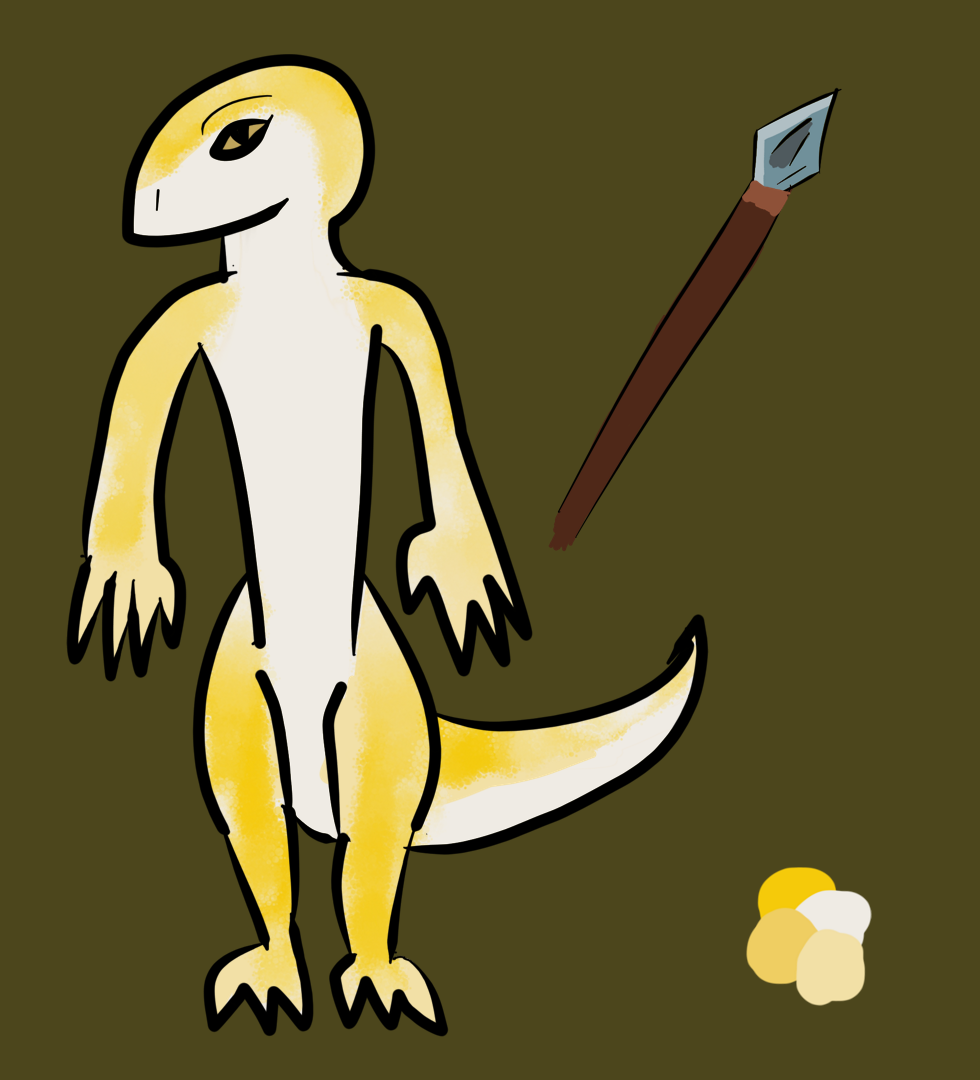 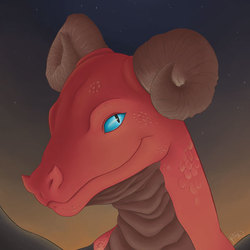 Quoted from my journal announcing my intention to improve my art style:

"As a young boy who was almost a man, he was sent out to the wild to hunt for gazelle as large and as bountiful as possible to test his skill at feeding his tribe of savage warriors. When all he came back with was a broken spear and not a shred of meat, the chief elder was displeased at how useless Ezal was compared to the rest of the warriors, and excommunicated him, telling him to never come back. The poor lizardkin was forced to walk the desert in one direction for many moons, without much food, or water, or any sign of sentient life... that is, until he reached the mountains, and met a large red dragon with curly horns, who he came to know as Jed."