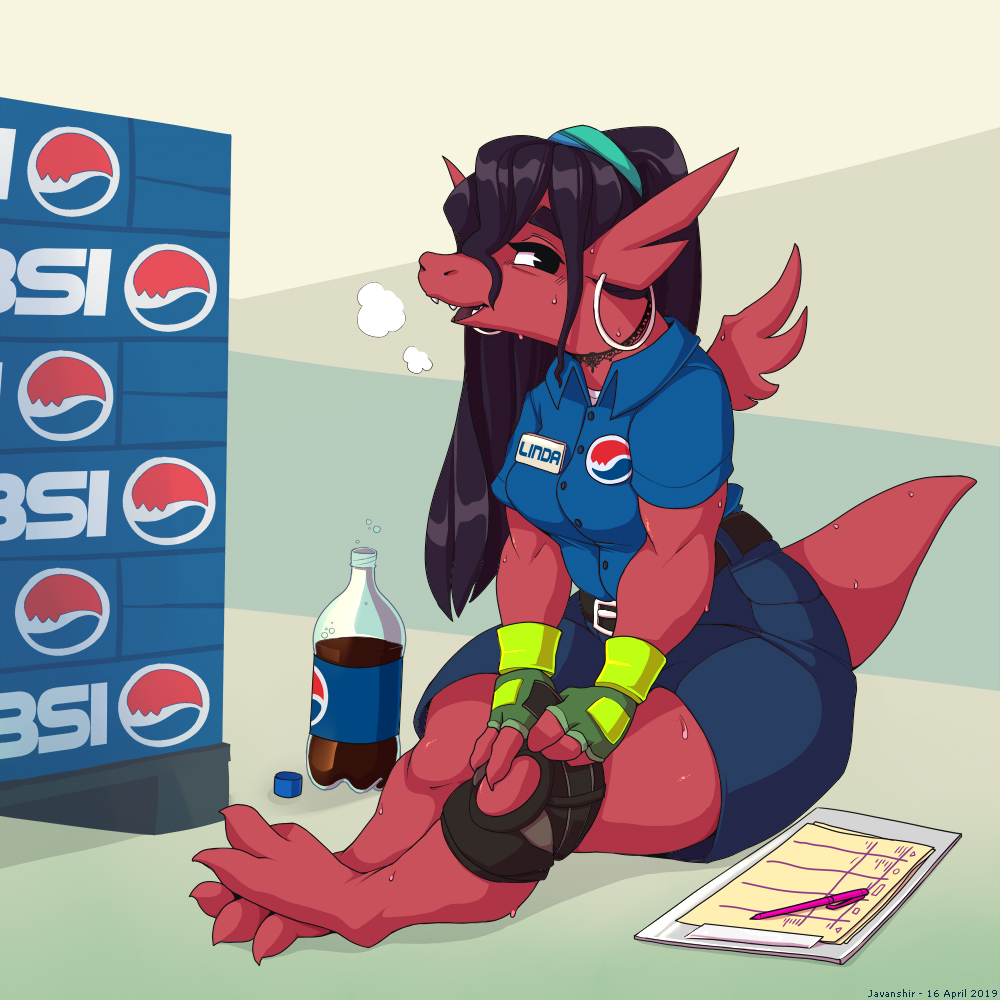 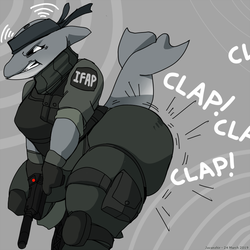 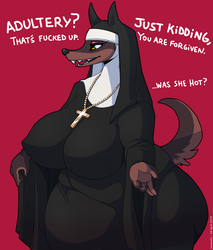 Just a scene of my Pebsi merchandiser character Linda taking a quick break and re-tightening her knee brace. She's supposed to be rather crude and arrogant especially at work but I couldn't resist depicting her as approachable.

I'm still refining her proportions but I just know she's supposed to be an unusually-short Cardian which is part of the reason for her knee problems. I also want to give her some tattoos but that's something I found out I need to practice drawing... so for now she won't have any of that.

She wears fingerless gloves on her days off but when she's working they're the super rad high-visibility ones provided by her company.