The fictional character "James Ferret" is based on the work of Furbrications. james.ferret content is copyright and subject to Weasyl's policies. Please consider visiting… 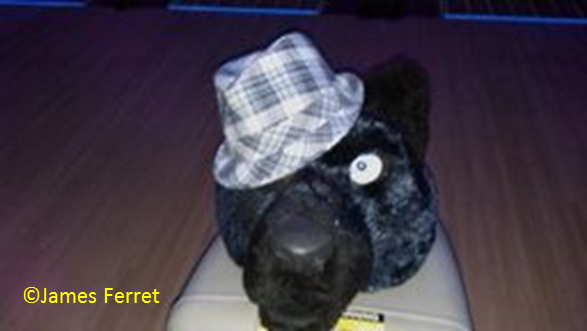 Thank Me, It's Tuesday!

TMI typically means "Too Much Information". In a TMI post, people typically ask the OP anywhere from mildly-personal to hot, intimate questions, and the OP responds.

However, we will break the "typical barrier" ! For my first journal, I begin by thanking Gareth and other viewers for checking out my Furbowl pictures. I hope to post the rest in the future. Second, I will introduce the TMI segment but the format will be different. I want to share some things about myself, by I don't want give myself away for the sake of being asked to do so. Instead, I will pose one TMI question and provide a personal example.

I'm mostly frustrated with myself at conventions, but generally I don't have frustrations with someone. One time in 2010, I brought someone, whom shall be nameless, to an outdoor gathering that was part of a furry convention (which, though not Anthrocon, shall also be nameless). Unfortunately, this person was being a cut-up to me and other complaining guests. I asked repeatedly for this to stop, but this person ignored them and found it amusing to act childish and play with the food at the dinner table. So, I left and loudly told this person to stay away from me until it was time to leave. I don't know if I got through to this person but this person never attended that convention. I guess you can thank me for that!