Most recent: Izumi enjoying the summer 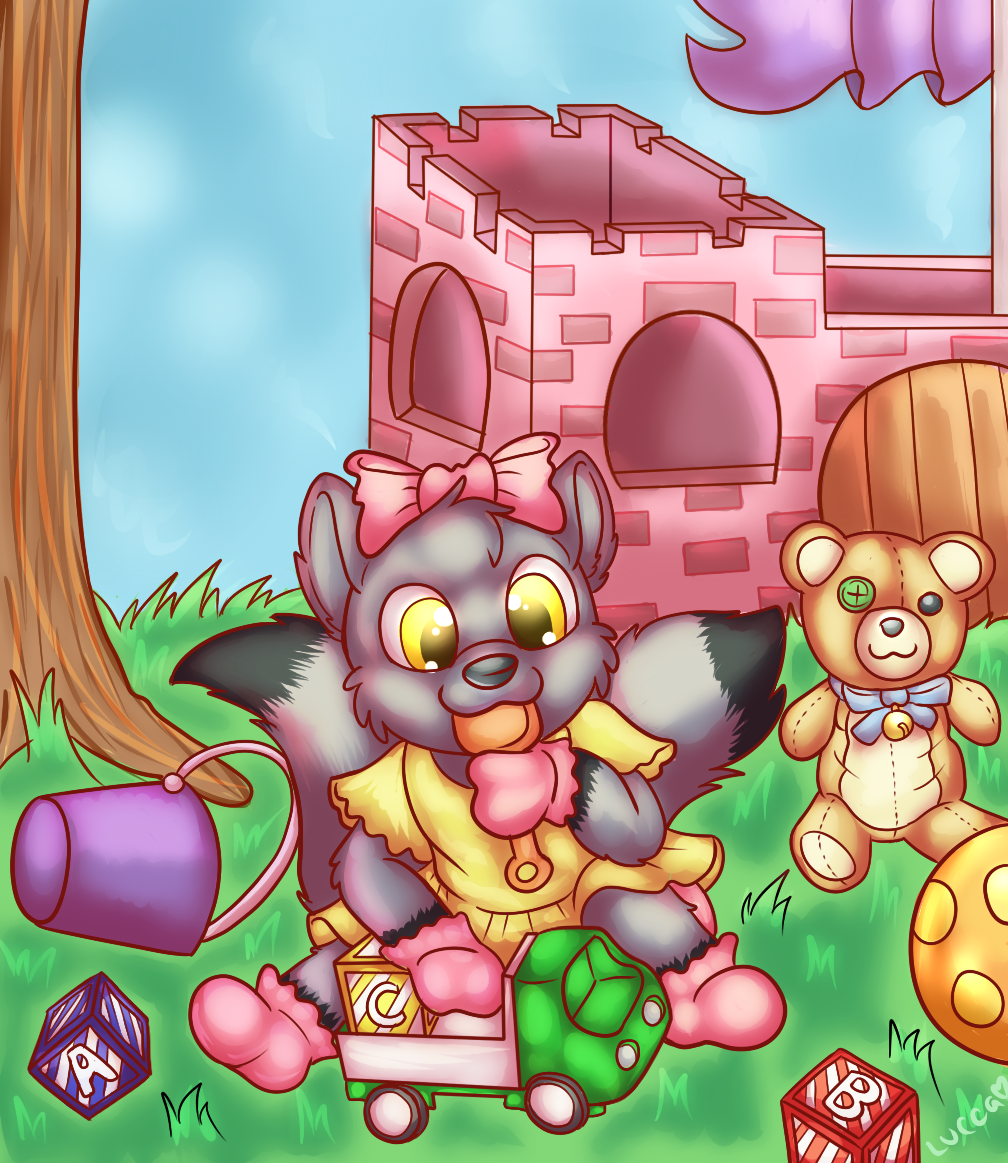 Izumi is a strange hybrid. He’s part house cat and part kitsune, he also a cybernetic creature. Built out of techno organic parts the kitsune is capable of changing shape, age, using some magic, and able to use his technological body on various electronics. Depending on Izumi’s age he’ll have a defferent amount of tails at defferent sizes. The kitsune usually has silvery grayish fur covering most of his body while he has black for his “socks”, tail tips, and his hand paws.

In this form Izumi kit is 1 1/2 years old. The young 1 3/4 ft tall kitsune has 9 usb tail ports at the base of his two 8ft long tails coming out of him. He is usually found wearing a baby blue T-shirt, Baby blue mittens, baby blue booties, and a baby blue ruffled plastic panty over his diaper. That is unless one of his relatives puts him in something else.

In this form Izumi kit is 5 years of age. The kitsune is about 2 1/2 feet tall and still looks about the same. The major change is his outfit. He’s very thickly diapered, enough to make him waddle even at five. The young sune is dressed in a pink t-shirt to short to hide the top of his pink plastic panties. Over the t-shirt and plastic panties is a blue short all with a big front pocket on his chest, it has has small pink ribbons randomly dotting the short tall. The kitsune has two large pink ribbons tied to the ends of his tails as well as two ribbons tied next to his ears in his head fur. If the kitsune is outside exploring he’s wearing pink Velcro sneakers on his feet and white lacy socks on.