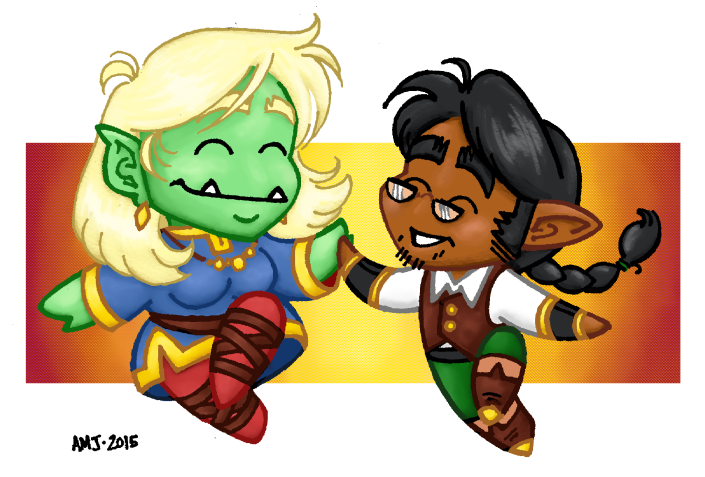 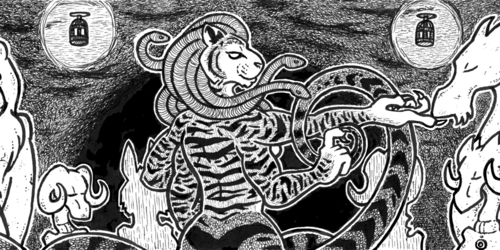 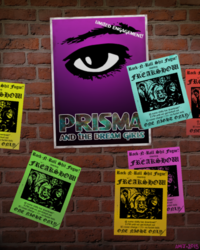 Isobel Crenshaw (warrior/cleric, left) and Tammerveit of Clearwater (magic-user/thief, right) are some pretty hardcore frolickers. Between them they cover all four basic classes, isn’t that useful? They make a pretty good team even before taking in their friendship++ status.

These two have shown up before here (NSFW) and are just lovely people, really.

I originally did the inks for this for the express purpose of messing with friends on Twitter, then decided to throw some flat color on it, then decided to add color to those lines and make the shading/highlights a thing. More practice is good practice, and now they're not only more soft-focused but 85% more marketable!