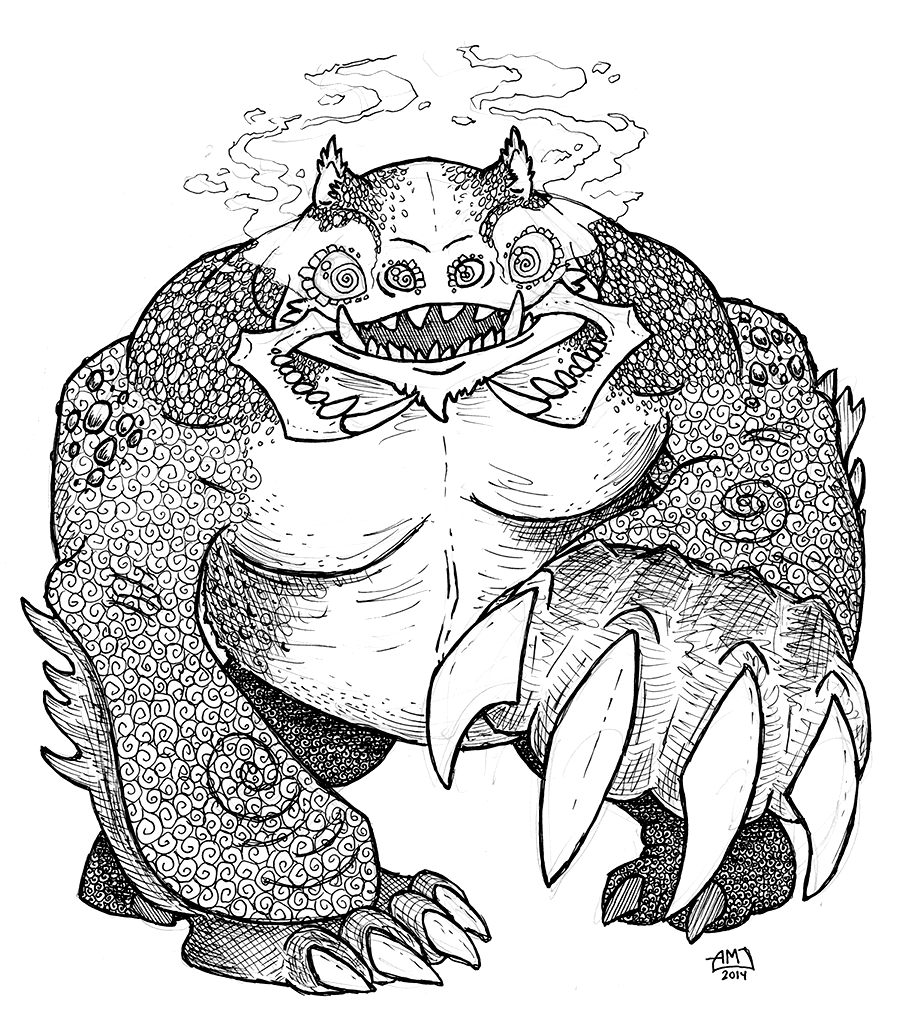 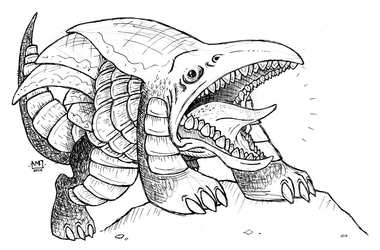 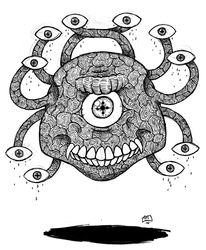 More sketchy-line/no-erase stuff. No, you got carried away with experimental texture work.

I wanted to try and keep from the “bug” hulk designs that are popular these days and hearken back to the weird, lumpy murderpudding of the older illustrations/toys, plus just sort of doing my own thing as per usual. The kitty ears were a fantastic addition, in my opinion.

You can’t tell from here, but the plates around the eyes are supposed to be reflective/iridescent like certain species of beetle, with the intent on drawing the viewer’s eyes to the umber hulk’s eyes, making the confusion effect more reliable. Confusion looks like spooky smoke coming from spiral-pupil eyes, right?

My hand was not happy with me for doing all those swirls and scales, but I think it was definitely worth toying with. Gotta keep finding out what patterns work and what aren’t worth the trouble!