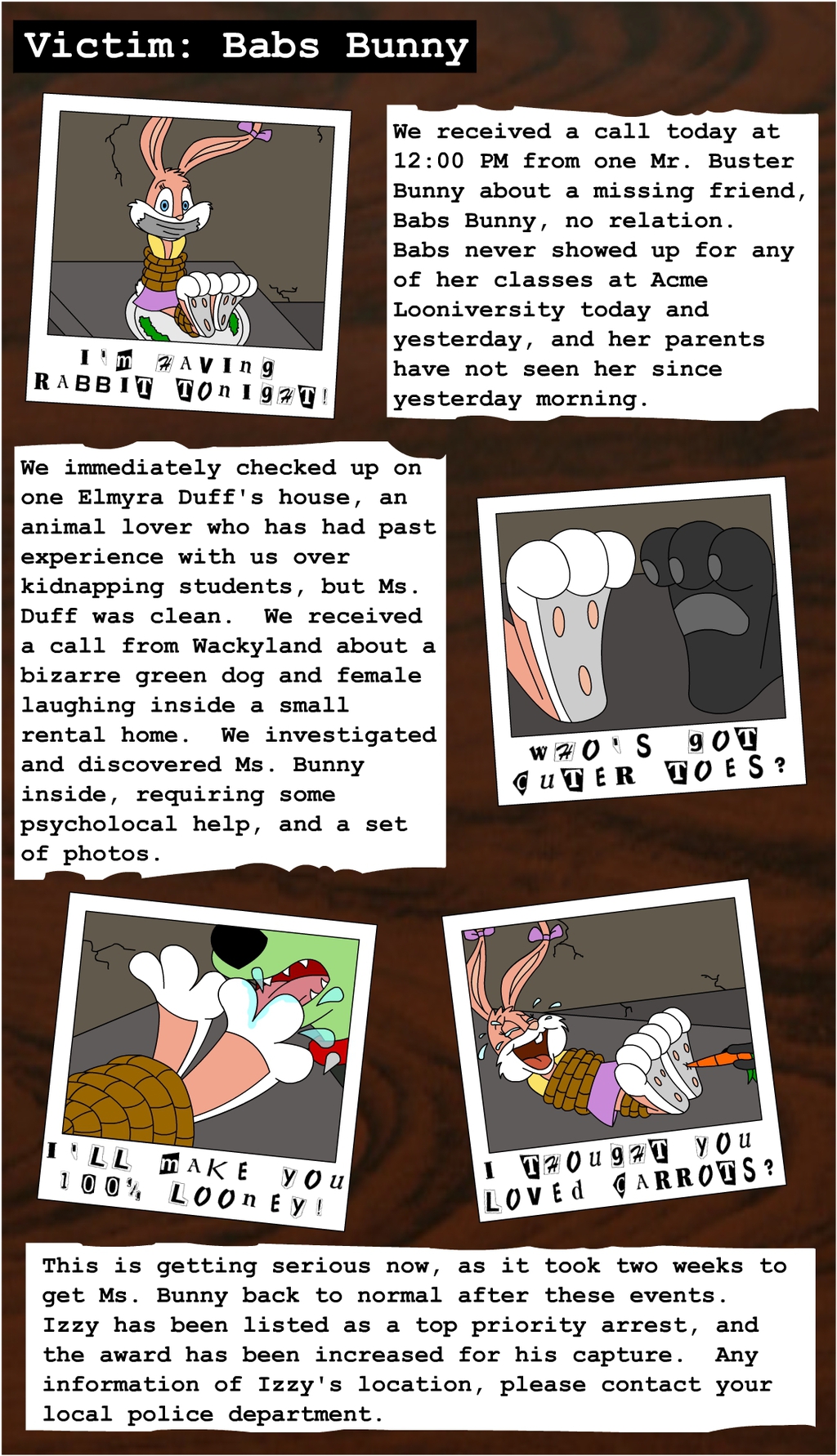 After getting responces from the previous 4 from soo many people their unfamiliarity with those characters (which is basically one of my points with the Wanted Series... going after characters people wouldn't think about), I decided to throw people a bone and go after some that more familiar/known.

That second photo in this was reference to the few times in the show where babs would ask people "doesn't she have the cutest toes".