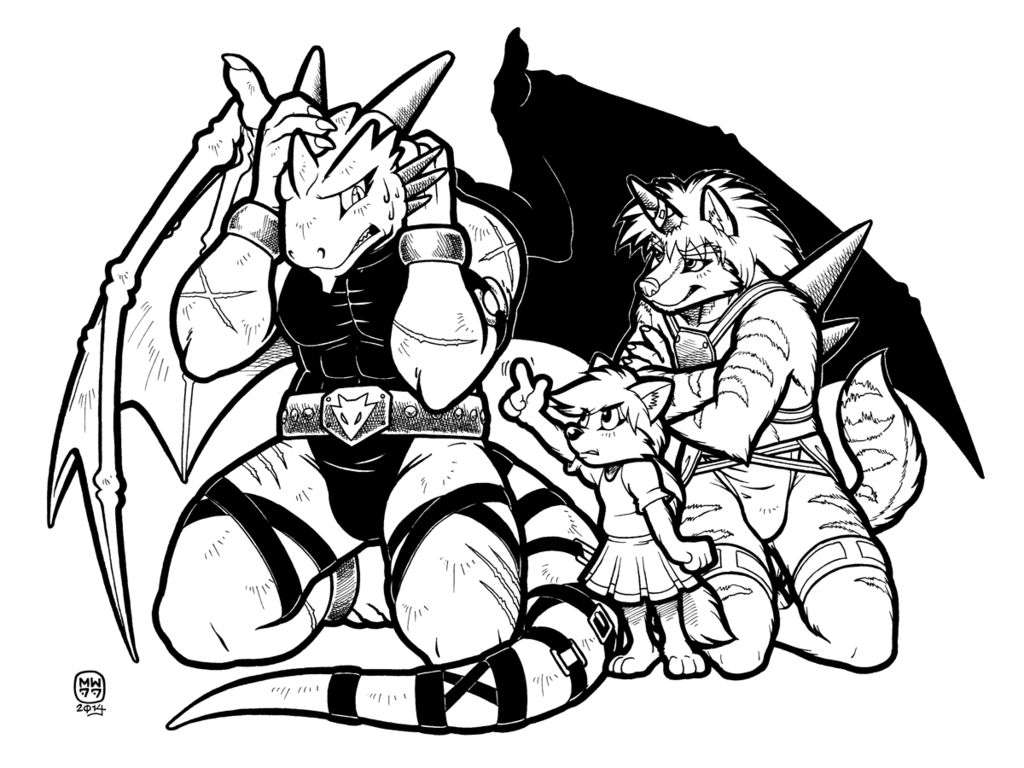 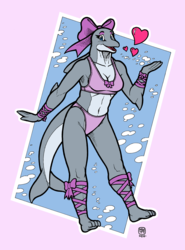 The little girl decided to have more playtime now that she can summon two beasts at once, and that she summoned the dragon and the wolf. She went out of the room to fetch her tea set, leaving the two beasts behind. Suddenly the little girl heard a loud ruckus in her room, so she quickly returns to find the dragon beast broke the wolf beast's horn. Furious, she fixed the wolf's horn as she scolds the dragon.

"For shame!," said the little girl, "how dare you break Mr. Woofy's horn in half!"

The dragon tried to defend himself, "but--he provoked me! He s-said I'm a child's plaything and it's not true. I'm a--"

The little girl interrupted him and said, "I don't care if you're the Dragon God of Something-Whatever, you owe him an apology! Apologize now!"

The wolf, seeing the dragon's predicament, decides to play along. "Yeah," the wolf said jokingly, "that's right, Dragon God of Whatever, apologize to me. Maybe then I'll think about it if I can forgive you," the wolf then snickered secretly.

The dragon can't win in this one, and the wolf's remark just adds salt to wounds. He apologized with his teeth grinding.