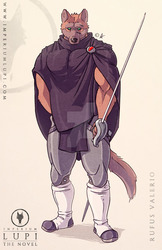 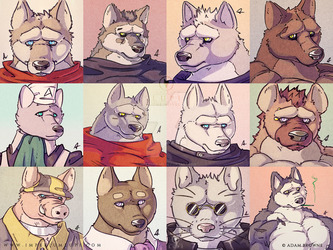 The mighty, plasma-wielding Rafe Stenton, from the novel 'Imperium Lupi'.